Like many records I went through at the Municipal Archives, these records are upsetting. If the City was getting involved, that generally meant that something had gone wrong. That said, they also stepped in to do wonderful things, like Central Park. These are snippets from a file of records about the dog pound and dog catchers.

From the papers of Mayor John T. Hoffman, Roll 13.

Jesus. They drowned them! The numbers get a lot worse ten years later. Look at them. What the hell was going on?? Wait a minute. This is from a four month period. How can these numbers be possible?

Statement of Dogs Captured killed and redeemed from June 11 to October 9, 187[7] both dates inclusive.

There were also piles of complaints about the dog catchers, which make it look like it was a bit of a racket back then.

Over one hundred years later and we’re still killing animals, although New York is very slowly moving towards operating a no-kill shelter. I read that the numbers of animals euthanized are down, but I don’t want to look them up. I’ll get too upset. I’m still traumatized by my last visit to Animal Care and Control, when I walked out without adopting a cat. Every cat I saw that day was most likely killed. I got Bleecker from the next place I went to, the Humane Society. Here’s a picture of the little devil, who looks like such an angel when he sleeps. 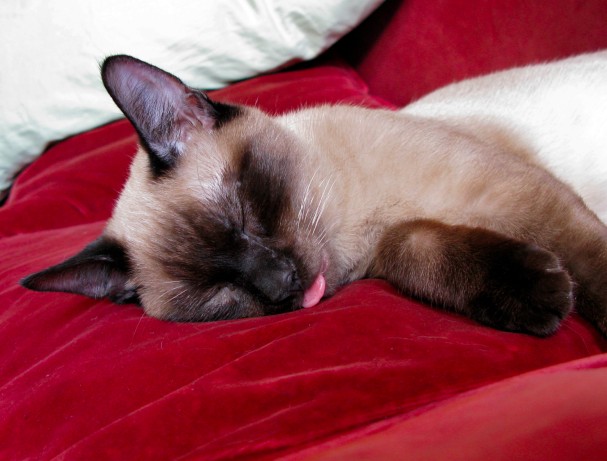 Aftermath due to Opportunists and not Protestors

7 thoughts on “Records From the Municipal Archives”