I’ll post about these events when we get a little closer but I have two events coming up where I’ll be one of the speakers.

The first will be at NYU, at the April 17th event titled: Mistakes Were Made: Computer History, Decompiled. This event is being produced by Laine Nooney, a computer and video game historian in the Media Studies Department at NYU, who seems like the nicest person in the world and she was very kind to invite me.

The next will be a June 16th symposium at the Yale International Choral Festival. I was invited to speak by the Artistic Director of this event, Dr. Jeffrey Douma, Professor of Conducting, Yale School of Music Director, Yale Glee Club and Yale Choral Artists, who also seems like lovely person.

I took this shot on my way to my doctor’s appointment. There was some sort of medical emergency in the subway at Union Square. FDNY to the rescue! 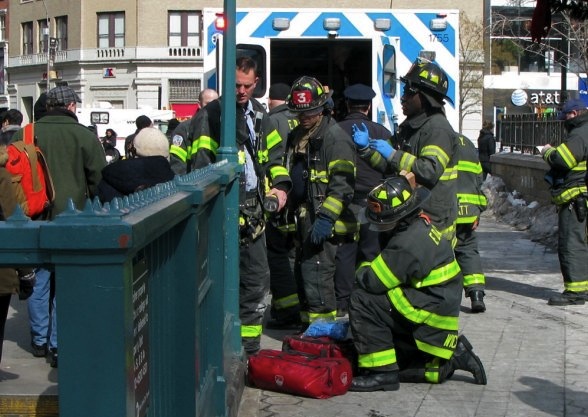 2 thoughts on “I’m Going to be Doing Some Talking”