I probably do this every year, but there’s a certain section of my book where I worried that people would think it was made up. I’m describing 11th Street.

“… there’s a stretch where for a brief time during the spring the cherry blossoms are so abundant and so lush they make a big, fat, fluffy white and pink canopy that stretches from sidewalk to sidewalk. It’s a dazzling display. The best part however, is when the petals begin to fall. It makes me wish New York City were car-free. I want to be able to walk down the center of the street like I’m in the middle of my own botanical ticker-tape parade. I’d raise my arms to the skies and twirl around in this confetti-like explosion of renewal and possibility and pretend it’s all for me.”

Well, here’s the proof. I don’t see any pink ones though, and I swear there used to be pink ones. How can that be? Anyway, imagine what this looks like when the petals begin to fall. On a windy day. Enchanting! 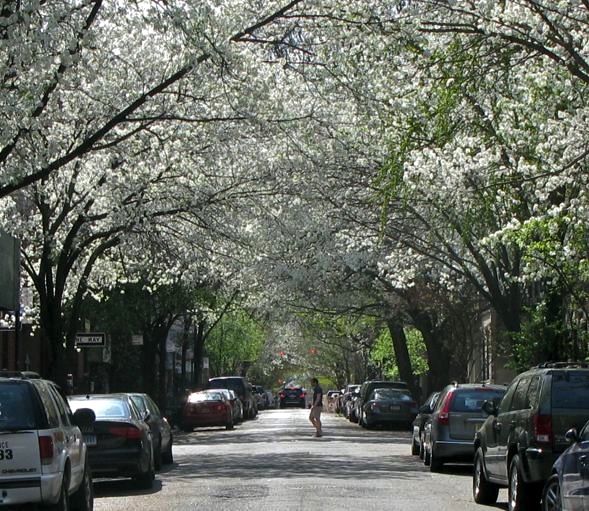 I thought as long as I’m taking a picture I might as well get a dog in the shot. Because what photograph isn’t improved by the presence of a dog?? 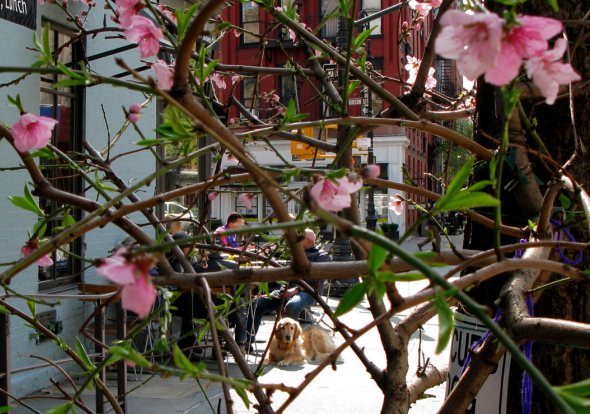 Why I Can’t Have Nice Things: CATS

2 thoughts on “New York City is in bloom. And dogs.”