Shameless self-pr alert: the Kindle edition of my book about the history & science of singing on sale all June for $1.99. It’s also going to be a Kindle Big Deal between June 12 and June 28!! So if you’ve been on the fence about buying a copy, now is the time. $1.99!!

While I was on the stage I tried to imagine what it was like for this group I researched called The People’s Choral Union. They were a 19th century choir of middle and low income singers started by Frank Damrosch. At the time, while wealthy people in New York City had endless opportunities for music, poorer people had few. I tried to put myself back in the 19th century, when life was certainly more challenging than it is now, and so much harder for the people in Damrosch’s choir.

I thought they might be feeling something close to what I felt the first time I took the stage for a choir performance. It was in Grace Church. The place was so beautiful, and I was so excited and nervous I thought my head might explode. I couldn’t wait to sing. Carnegie Hall was absolutely brand new when the People’s Choral Union sang there, it must have been glorious. 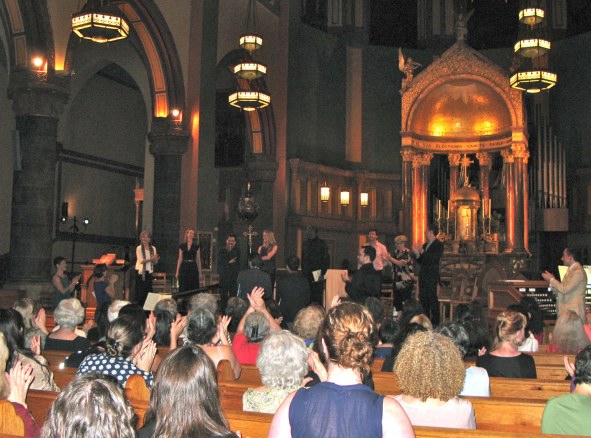