Whenever I go to the Municipal Archives in New York City to research something, I always come across tons of other interesting items. I’ve put together a folder of some of my favorite finds, which I plan to post about in the months ahead. First up, an article titled simply: “Forty Skulls.” There is no date for the article, nor does the name of newspaper appear on this particular artifact. It was on a roll of microfilm labeled, “NYC Art Commission Scrapbook, City History Club, 1884-1903, Roll 1.”

Based on the article though, I’m guessing it’s from June 1897. It begins, “Forty skulls have been found in the lots at the corner of Reade Street and Broadway upon which Messrs. R. G. Dun and Co. [the predecessor to Dun & Bradstreet!] are to build their new fifteen story edifice.”

A few theories about how the skulls came to be there, that the skulls were prehistoric remains, that they were Indians or Dutch settlers, etc. were quickly proved wrong. The proprietor of the nearby inn Cobweb Hall immediately told them that in the 18th century it was a negro burial ground. The title for his property, which he bought in 1886, had the words, “seven feet back of a negro burial ground.” Whoever wrote this article (there’s no byline) added that the last burial was before 1800. Apparently everyone forgot all about the skulls soon after.

Remains on the site were re-discovered in the 1990s when it was excavated prior to new buildings going up (the Dun Building was demolished in 1969). The location is now also the site of a national monument and a visitor center for the African Burial Ground.

The thing is, when I google it, the articles I find say that in 1897 they didn’t realize that the remains they found were part of the African Burial Ground and that is not true! I wish I knew the author of the article I found. Because articles that appeared in the New York Times and the Brooklyn Daily Eagle didn’t turn up the truth, but this writer did. I want to credit him.

There were some upsetting parts about the article I found. After they found the skulls they continued their work on the new building. “Every now and then, however, in the next few days they would crash into a skull and bring it to light in a damaged condition.” So, that was bad. Worse, “The Skulls were eagerly seized upon as artifacts.” At least one person who got one was named. “Mr. Fred Cook, of the Aqueduct Board, got one. Other city officials cried for them.” After that, the city workers were more careful to not damage the skulls. But not for preservation, historical, or respectful reasons. “In this way they managed to pick out half a dozen skulls in a perfect condition.”. Which were given out as keepsakes.

But that means some of those skulls could still be out there, in someone’s attic or basement, forgotten, or forgotten as to where they came from. I’d start by researching the descendants of Frederick Scott Cook, who died in 1935 or 1939, based on a quick check. If I have the right guy, he had four daughters, one who died young.

The first picture below is of Cobweb Hall, (established 1810, the sign says!) the second is the Dun Building. 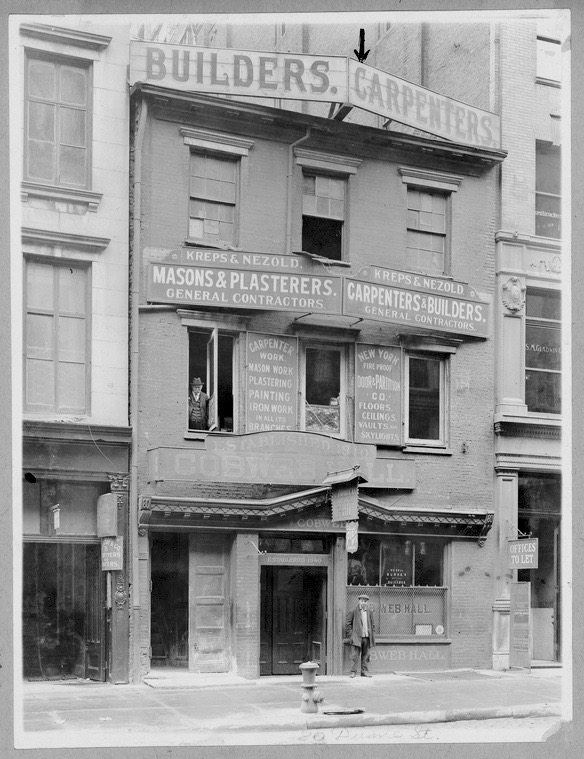 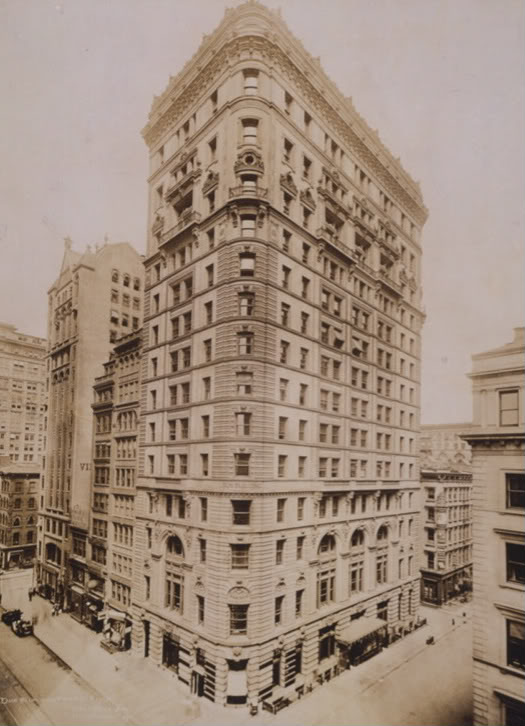