If you’re going to be in New Haven next week, between June 16th – 20th, you might want to consider stopping by the Yale International Choral Festival. “Each evening will feature a formal concert in Yale’s renowned Sprague Hall, and each day will be filled with lectures, workshops, and masterclasses led by visiting conductors and Yale faculty, including the first Eric Ericson International Choral Centre Conducting 21C masterclass offered outside of Stockholm.”

The picture to the left is of Jeffrey Douma, the director of the Yale Glee Club, the group hosting this event.

I’m going to be part of a panel on Tuesday morning, but there are going to be lots of great presenters, including:

Earlier today I crossed paths with Billy on the Street. I adore him but I did my best to become instantly invisible. I’m the kind of person who sometimes needs to ponder my answer, or I freeze, or my mind goes blank. Billy on the Street would scream at someone like me. I’d burst into tears, he’d be on to the next person, it would not be pretty. 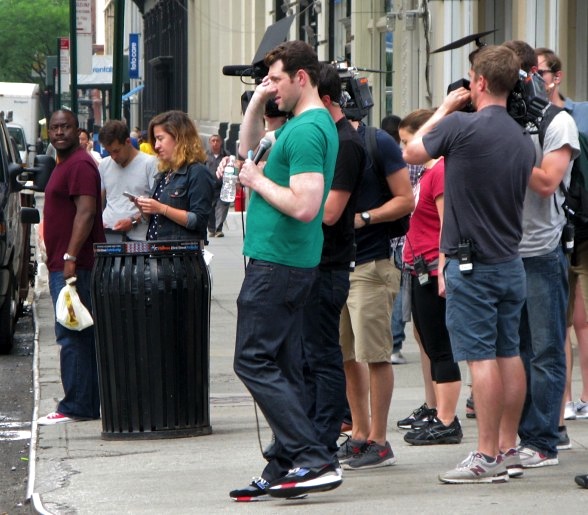