I went inside Tiffany’s for a walk down memory lane. I’ve worked there as Christmas help twice, many years (decades) ago. The store was empty! In December! When I worked there it would have been insane this time of year. It would have been an absolute mob scene with people crowded around every counter, especially this one, the Elsa Perretti counter. That’s where I worked both times, and the reason why it was always the most crowded was it had a section of affordable jewelry in addition to a high end selection.

It’s like the Apple Store where I went last week. Empty. I know people shop online now but still. Where are the tourists?? And, if nothing else, jewelry is so much prettier in person.

Doesn’t this shot have an Edward Hopper feel? Not just the emptiness, but that Hopper sense of loneliness and isolation. 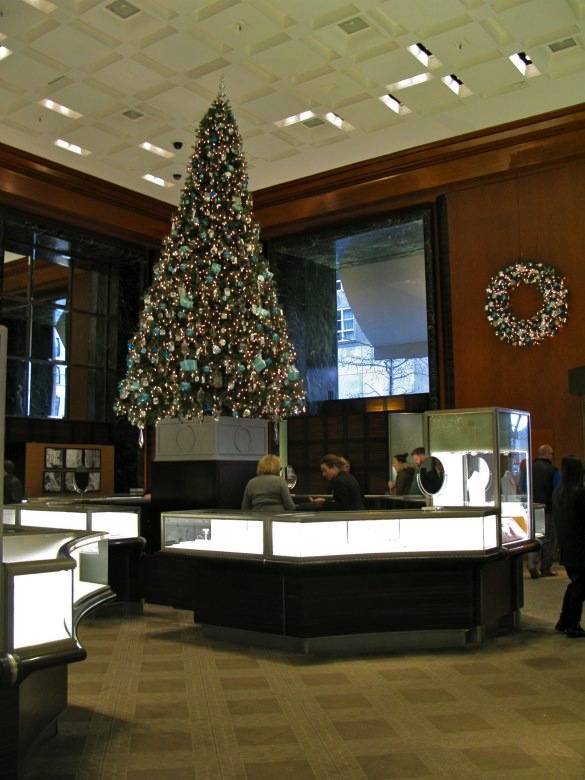 How do media people do it?

Tomorrow at Noon Life as I Know it Will be Over