I spent part of the morning reading interviews of Triangle Shirtwaist Fire survivors. Prepare to have your heart broken.

From survivor Mary Mary Domsky-Abrams. Why isn’t this story more known and these men lionized for losing their lives trying to save others??

A group of men made a human ladder of themselves in an attempt to make it possible for girls hunched in fear at the windows not yet on fire to cross over to the next building, to which there was a small bridge (or passage.) But all the men, about 10 of them, fell down, not being able to bear up under the weight, and were killed together with those who tried to save themselves. We were all deeply moved by the heroism and tried to kiss their bodies as they were being removed to the morgue.

This one also demolished me, to get that close to making it out alive (this also brought me back to 9/11, and Father Mychal Judge). From Josephine Nicolosi.

When we came downstairs, the firemen were not there yet but the first thing we saw were girls lying on the sidewalk. We thought they had fainted and one of my girl friends said, “Thank God we are not like them, we’re alright.” She went over to one of the girls lying on the sidewalk and bent over her and she was hit by another falling body and killed.

The survivors who needed medical attention were taken to St. Vincent’s, a hospital near me that was criminally closed down in 2010 and demolished. Doctors and nurses at St. Vincent’s also waited in vain for survivors of 9/11. I’ll never forget that, all the people who congregated there, waiting and waiting for friends and family to be brought there alive.

Across the street, in its place, is Lenox Health Greenwich Village. I went to drop off a box of insulin syringes there yesterday which they refused to accept. They were technically within their rights. If you don’t have a medical waste container you’re supposed to put them in plastic soda bottles, which are hard to puncture. I don’t drink soda so I put them in the cardboard box my paper toner came in. It was made of very thick cardboard and it was also inconceivable to think any of the syringes could puncture it. But they wouldn’t take it.

I couldn’t carry a box of syringes with me where I was going to so I had no choice but to throw them away. I don’t know what I’m going to do in the future. Thanks for nothing Lenox Health Greenwich Village. You could have been more accommodating. 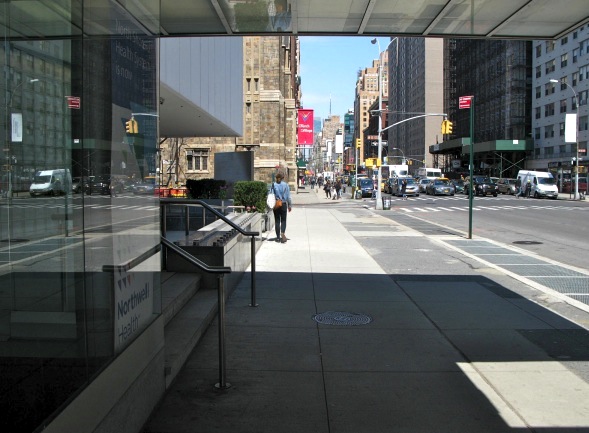 The Sea of Lost Ships

Looks like I Can Stop Worrying About Bleecker and the Kittens

The Public Domain by David Lang