Last night I went to my second rehearsal for the public domain at Saint Patrick’s Old Cathedral. I’m going to be part of a group singing a piece by David Lang that will be premiering at the Mostly Mozart festival at Lincoln Center next month.

I took some pictures of two statues I noticed while we were rehearsing. They’re a bit creepy looking. I decided the first one is unnerving because it looks like those dead saints who are on display at various places around the world because they’re supposedly not decomposing. Except they are and the only reason they sorta look like they’re not is because they’ve been covered in wax and painted. This first statue looks a little like that, like a corpse that has been fixed up to look like it’s not decomposing. 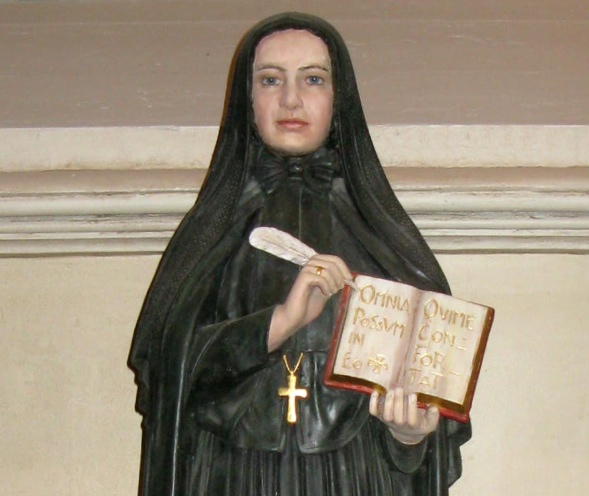 The second one didn’t look quite as creepy when I walked up to it, but then I decided to try shooting it without a flash … 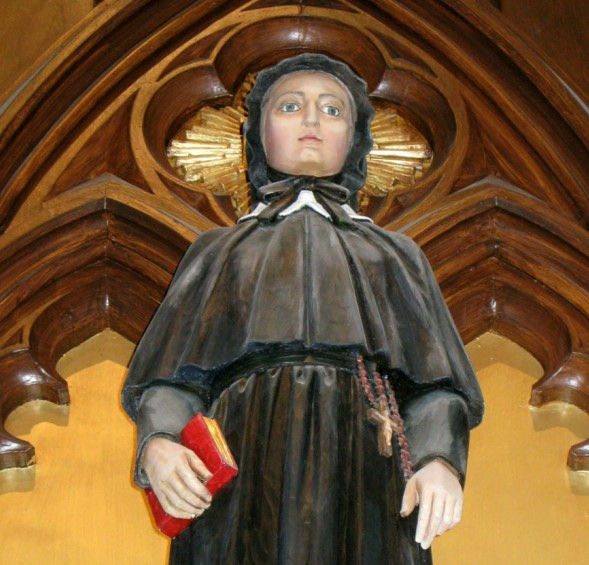 It’s the exact same statue as the one above! Except now it appears to be looking at me! It’s not a malevolent look. She’s more ever so slightly annoyed. Like, ‘Okay, I see you. What?” 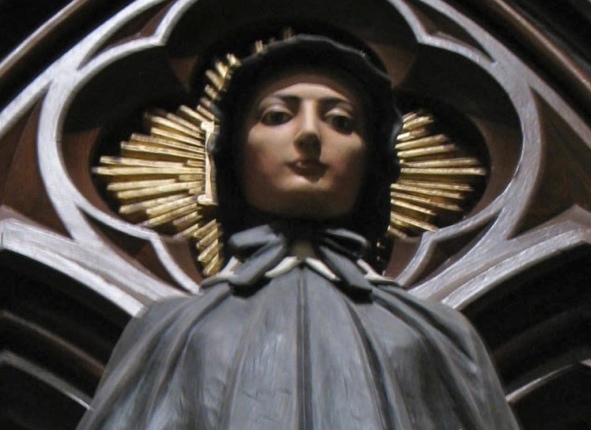 Venturing Outside My Small World