It’s a relatively small election so I’m anticipating a very quiet day, but I will also be working the general election on November 8th. That should be INSANE, and therefore, fun. Except, Trump has threatened sending poll watchers everywhere, which is his right. I doubt he’s going to spend the money to send them anywhere near everywhere, but it would be easy enough to have them show up around the city.

That would not be fun. One of the best parts of working the polls is how positive everyone is. People feel good exercising their right to vote and there’s always a lot of good will floating around poll sites, even when things go wrong. (And I don’t blame people who get mad when things go wrong, like they’ve been dropped from the poll lists, if it happened in error.) This good will transcends party lines usually. Republicans and democrats behave similarly on election days, and are equally nice to be around and to serve.

But poll watchers from the Trump camp, I’m guessing, would be adversarial and antagonistic. I believe they could make a generally wonderful experience awful.

A shot of the yearly Tribute in Lights from my window last night. 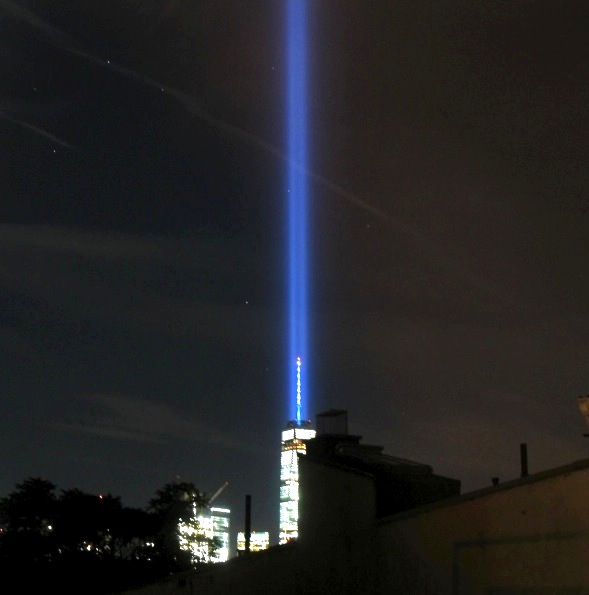 Here’s Why I Cried for Steve Jobs