You’d think there would be tons. There was a lot of interest in the place, if only for the lurid stories about the Lunatic Asylum. But I’ve found so few photographs of the institutions on Blackwell’s Island (now called Roosevelt Island). I’ve checked all the usual places, but I suspect there’s a treasure trove somewhere, in the attic of a descendent of one of the Commissioners of the Department of Public Charities and Correction, or of one doctors who worked there.

If anyone knows of a source, I’d love to hear about it!

This is the Lunatic Asylum. The only piece of it left is the part of the building called the Octagon, and it’s part of a luxury apartment building. 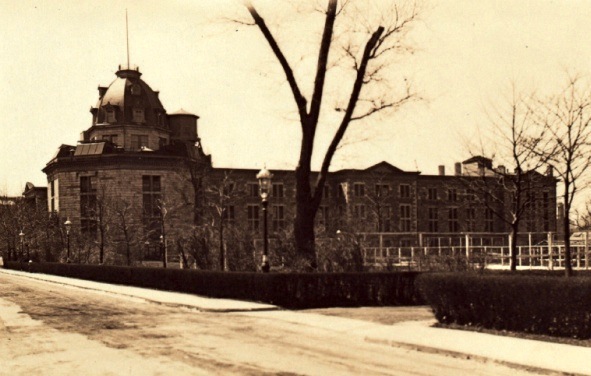 2 thoughts on “Where are all the Blackwell’s Island photographs?”