Holy mother of god it was FREEZING! I’m amazed I lasted as long as I did. Apparently I missed a lot, but I’m most sorry that I forgot there was going to be a march to the Tower next door to Tiffany’s at the end. That would have been so much fun.

Two readings stayed with me; a section about bullet holes that Peter Zilahy read from his book The Last Window Giraffe, and a piece from a speech David Foster Wallace gave shortly before his death (I’m sorry I don’t remember who read it, but thank you for that reading choice). 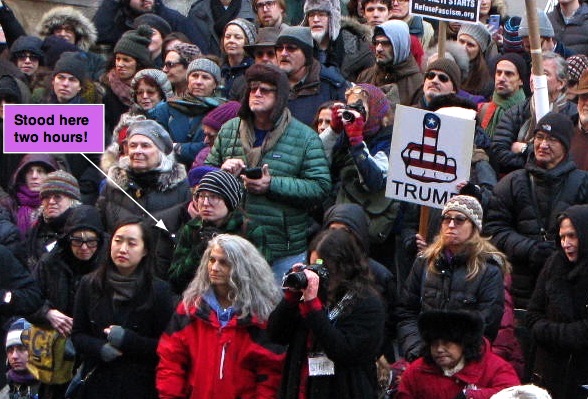 There were a lot of people there, especially considering the cold. By the way, people who don’t wear hats in this weather are insane. 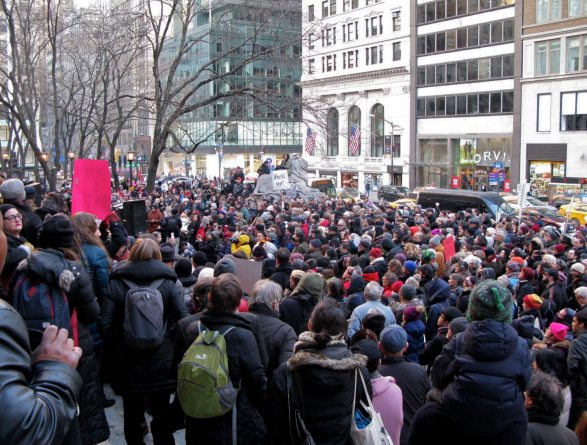 A sign I liked. Plus some insane people without hats. 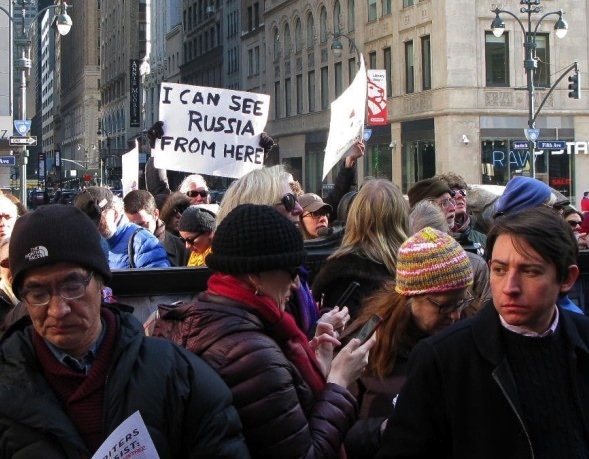 A group of children sang a song about bullying. They were so ridiculously great I’m guessing all of these children sing on Broadway, for one play or another? Here they are! And yes, they are all professional performers. So, each of these children makes more money than I do. 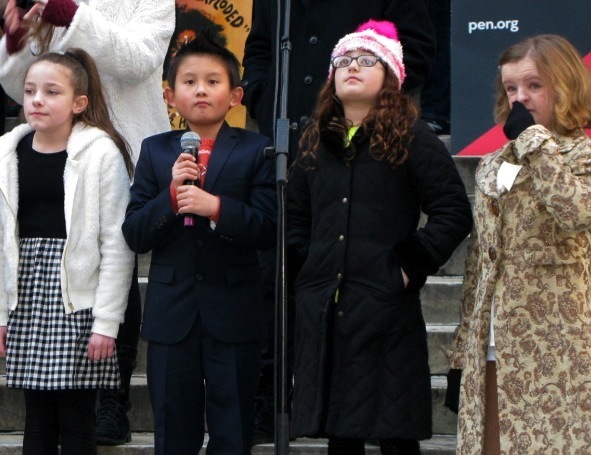 Another sign I liked (Unpresidented), and more reasonably attired people. 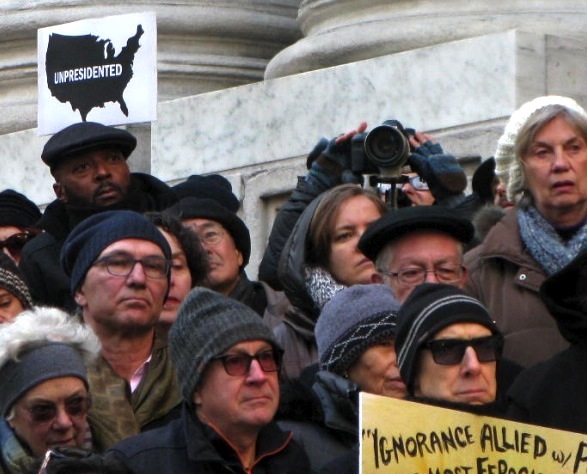 I stood by a section of people who chose to sit. They so nicely asked me if I planned to stand the entire time (I did) that I moved aside. Later a woman said her mother told her, “Well behaved women don’t make history,” and I thought, well, damnit all. Stupid nice Stacy. 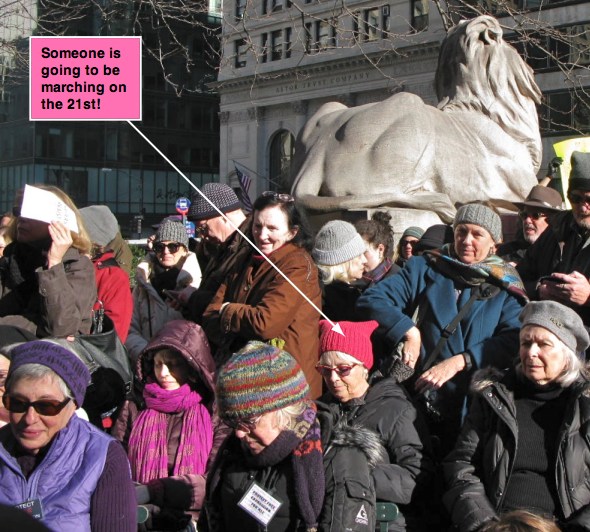 Another crowd shot. That looks like a man taking a picture of his wife and son? Very cute. 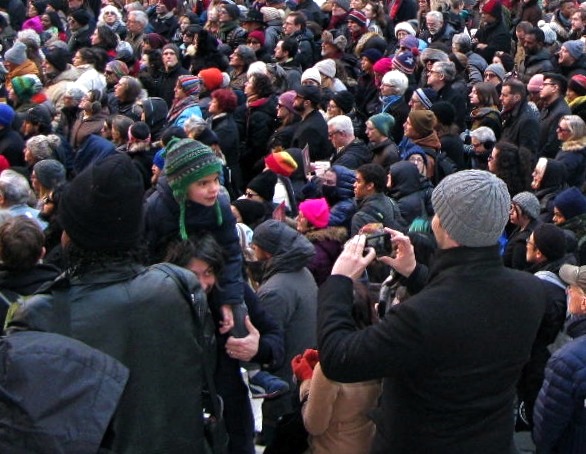