In response to the very anti-American travel ban, MOMA is featuring artists from the banned countries. My favorite was a piece from Marcos Grigorian. But the crowds were biggest for, as always, Starry Night (see below). I love this painting too though, I’m not judging.

I wonder if I’ve ever posted about my Van Gogh revelation. Have you ever experienced an anxiety attack? When I was in my twenties I went through a period of having them. If you’ve never experienced them, let me tell you they are very seriously un-fun. I was in a doctor’s office, waiting to see him about getting a prescription for anxiety, when I looked up and saw a print of one of Van Gogh’s sunflower paintings on the wall. ‘THAT’S IT!’ I screamed (internally, of course). That is exactly what the world looks when you’re in the midst of an anxiety attack. Van Gogh’s brush stroke exactly captures the wavering, pulsating appearance of the world in those high-stress minutes. It had an immediate calming effect on me. To see my experience depicted right there, on the wall, and also transformed into a thing of beauty. I no longer felt so scared and alone. It was a kind of validation. Me and Van Gogh.

To this day I am positive that in addition to whatever he was suffering from, Van Gogh also endured anxiety attacks. 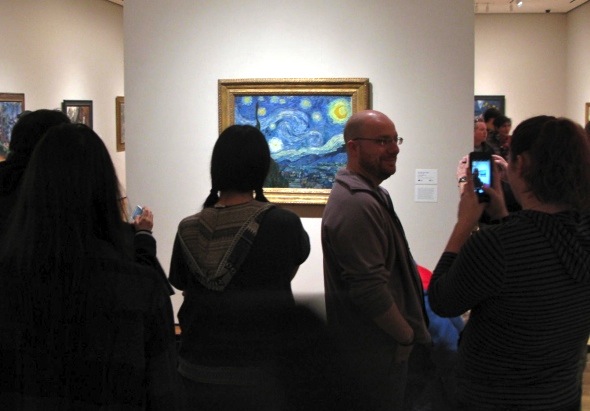 A few doors down from MOMA. What was it all for, I wonder? Not because of the banned countries artists, I hope. 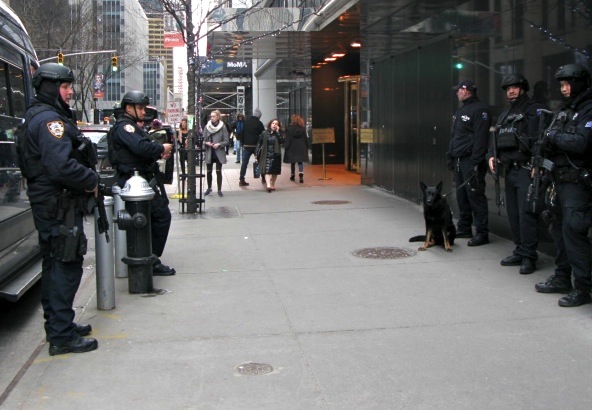 This is Not From Today, Which is Very Hot, Not Rainy

Perhaps I Should Go for a Walk