Finney can’t catch a break. Something in his mouth was bothering him, and I was hoping it was a dental issue, but of course it’s a tumor. AND, he has dental issues. I asked them to remove as much of the mass as possible while they were removing a piece for a biopsy, because I don’t plan to go through any kind of major surgery for this. This was just to buy him a little more time and comfort. They also cleaned his teeth and extracted a couple that were in bad shape. That too, was just to give him a little more comfort for whatever time he has left.

He’s miserable now though, and all he does is sleep. New York City is getting a fantastic snowstorm, and normally I’d be in a great mood about that, and heading out to play, but I’m staying in. I’m going to miss a choir party tonight as well, but I suspect a lot of people won’t make it due to this storm. Mice and dead mouse update below. 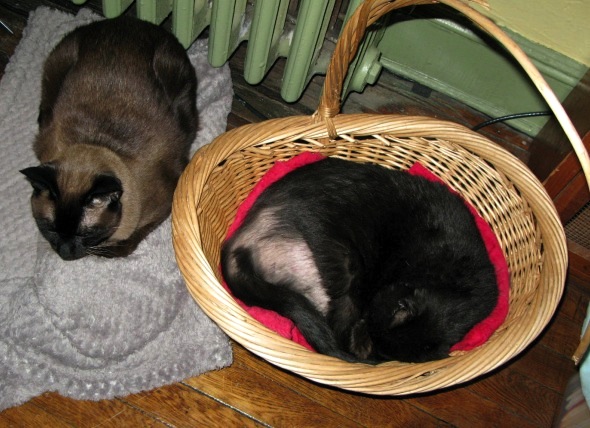 Quick backstory: I have mice, and what smelled like a dead mouse started a few weeks ago. On Thursday, one of the landlord’s guys pulled out the kitchen cabinet where the smell was strongest, removed a piece of sub-flooring, and we looked underneath. No dead mouse, but we could also pinpoint exactly where the smell was concentrated: the pipe pictured below. It didn’t smell like gas though, and he had a device to detect leaks and it didn’t show a leak. I also know what a gas leak smells like and this was different.

I washed down the pipes and the floor, then we cleared out the debris under the floor in that area, and it was a lot better. That was about six days ago. Even though it’s a lot better, I can still smell it. I’m not sure if that is a lingering scent and I should give it time or what. 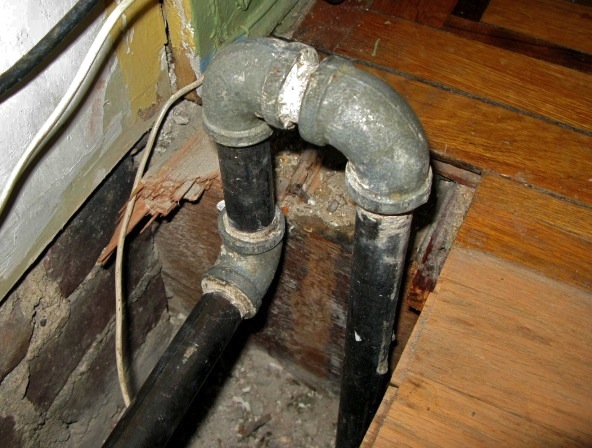 Going on Talk of the Nation on my Birthday

Bird Watches Me From The Grave

Live From My Bedroom