Today is my first day so I won’t have anything to say about it until tomorrow. For now, pictures of life in the big city! Every year there’s a big pillow fight downtown. It was more dramatic looking when they used feather pillows and the feathers went flying, but since I’m anti-cruelty products I’m glad they don’t use feather pillows anymore. But here are a couple of pictures I took at the 2007 fight, when they were still using feather pillows.

Most of the fight was going on in one big mass of people, but there was also this ring fight off to the side, where people would go up against each other one on one. 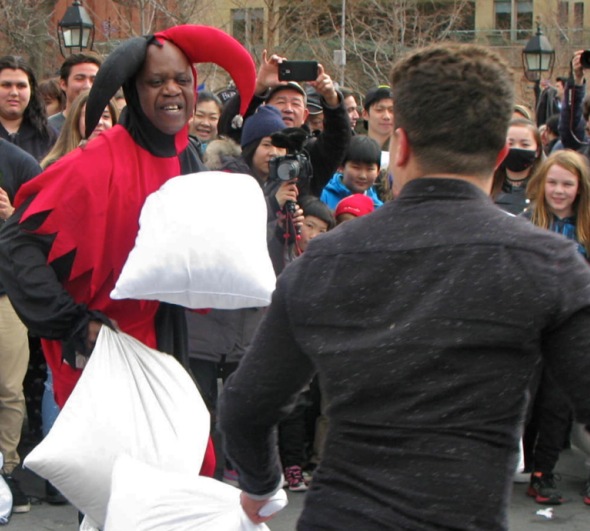 A little dog wanted to get into the act. Go easy on him little doggie. 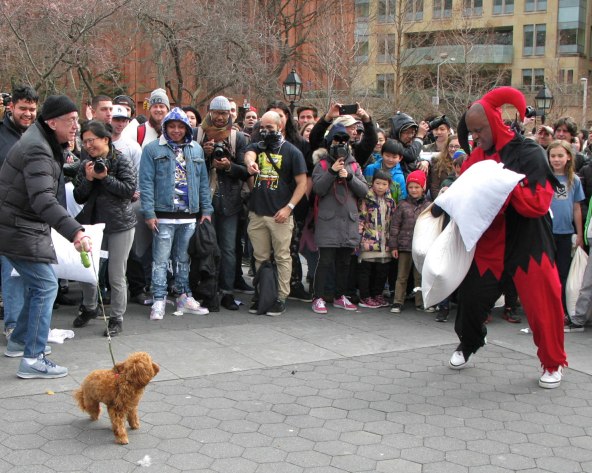 The best was the crowd reactions. 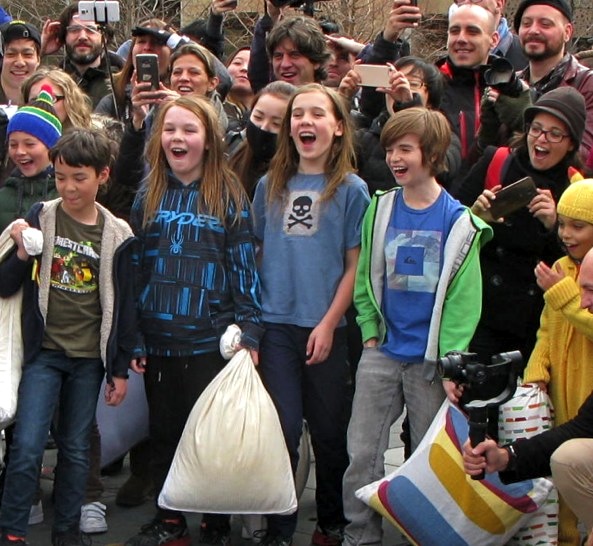 New York After the Apocalypse