Those are the names of the first batch of kittens in my “Q”. I’ve been assigned to Quarantine 1 (during the morning shift). (Earlier I said I was in charge and I realized that was WAY over-stating it!) All kittens are quarantined for 14 days while they make sure they don’t have any terrible or less terrible diseases or viruses. I have another cat Cupid, and two neonates named Michael and Jordon, but I have less to do with the neonates. The night crew is coming in during the day right now to learn bottle feeding. They have to learn first because that’s what they will be doing all night long, going from Q to Q, feeding the bottle babies.

I half watch them with envy as they get to feed the teeniest ones, but it also makes me nervous because it looks hard.

A row of backyards in Brooklyn. I love City backyards. 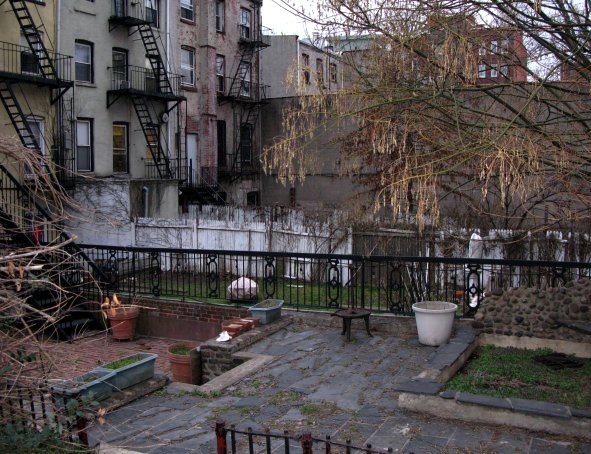 Trapped, as Usual, by a Cat