Some of you may remember that a kitten aspirated while I was feeding him over a month ago. I thought he was going to die, but he pulled through. He and his brother have had a ton of health issues, but they are out of the woods and I am going to adopt them.

Because I felt responsible for Bodhi’s problems I’ve been loving on him and his brother ever since, and they are the sweetest kittens in the nursery (to me!).

But someone snapped them up and took them home to foster them while I was off the past two days. I thought they were too young for foster!! So I quick put a hold on them, so only I can adopt them. But now I won’t see them for weeks! They’re going to forget me!!

In much worse news, Finney, who seemed mostly fine, has turned a sad corner. I don’t know if this is it, but he’s now eating less, which is the sign I go by. I don’t know how close we are, but we’re now firmly heading there.

This never gets any easier, apparently.

Poor Bleeck, relegated to the floor at my feet while Finney gets the prime real estate, my lap. But Bleecker has two kittens in his future, cats he can really play with like he never could with Finney, who was always too old. So his life is going to get much better. I hope Bodhi and Bali are up for this. Bleeck is a handful.

Also, I’m pretty sure I’m going to rename them, but I don’t hate Bodhi and Bali for names. 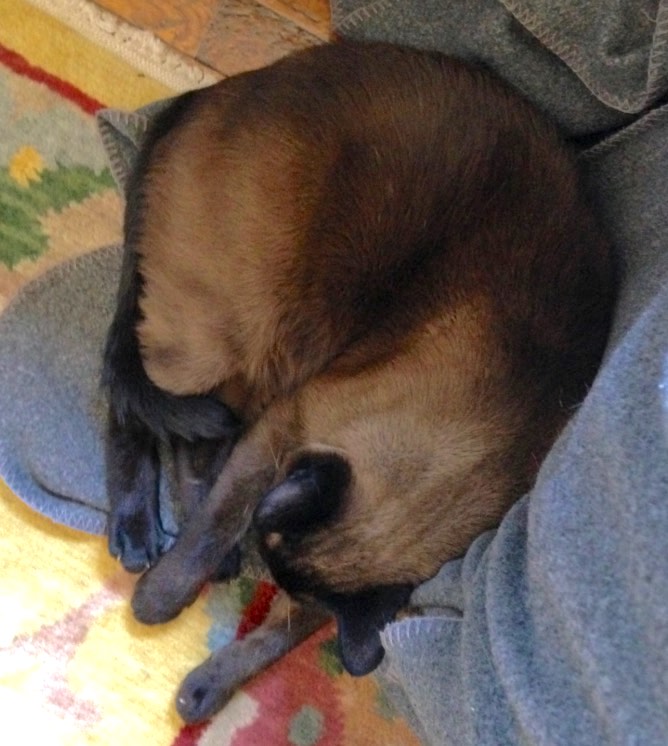 If Congress Were a Choir – Well, Parliament is!

Coast to Coast AM With George Noory