Finney first got sick in 2013, and I started a health diary for him, to track the symptoms. The first few and the last few entries.

10/17: Taking Finney for a ct scan. Both Finney and Bleeck threw up this morning.

Finney was diagonsed with fibrosarcoma, and he had surgery October 20, 2016.

11/3: I met with the vet and decided not to do chemotherapy. They said his chances are recovery are 50/50. He threw up early this morning.
12/21: Finney has been so good with no problems, but today he is going to the litterbox to pee like he has a urinary tract infection or is blocked. Except I wiped him down and there was some litter stuck there and he seems fine now. I wonder if he was being blocked by a piece of litter that is now clear? I will keep an eye on him.
2/25: Finney threw up. I think it was Finney, on 2/17.

I stopped tracking his symptoms because there was no longer any point. I knew what he had. The tumor eventually returned, and there was nothing left to do but to keep him as comfortable as possible. He lived for eight months following surgery and I’m grateful for those months.

Finney on the old tv, a former favorite resting spot. I am so sad I can’t bear it. I feel like an insane person. Seriously. I can’t believe I will never ever curl up with Finney again. 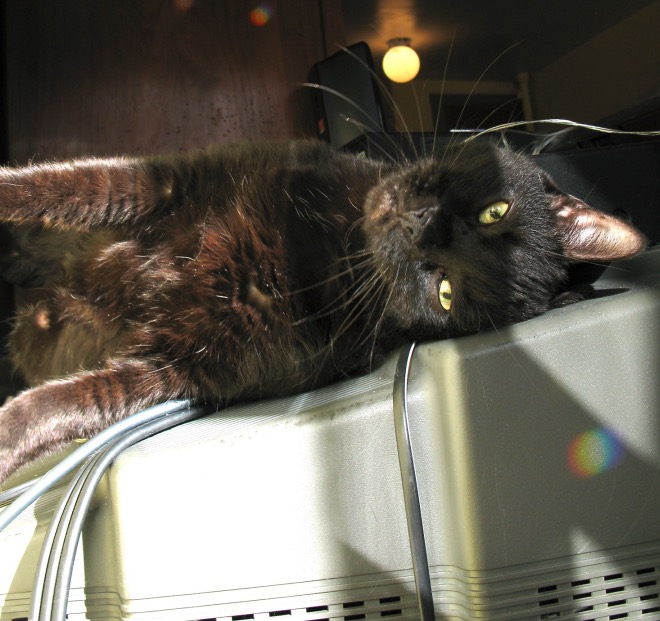 11 thoughts on “Goodbye my little Man”