Elbridge T. Gerry, one of the founders of the Society for the Prevention of Cruelty to Children, was a member of a three man commission whose job was to find a more humane method of execution than hanging. I originally had a chapter about a hanging on Blackwell’s so I wanted to learn what is was like to be hung, (it’s horrible). This led me to the commission to find an alternative.

They explored and ultimately went with electrocution. The first experiments were on dogs, (poor puppies) but they realized the amount of current would have to be adjusted for people. So they electrocuted a 124 1/5 pound calf at Thomas Edison’s laboratory in New Jersey (sob). A doctor from the Lunatic Asylum on Blackwell’s witnessed and dissected the calf afterwards.

Elbridge Gerry was also a lawyer for the ASPCA, where I now work! I don’t see how he could have okayed such experiments. Except, if they believed electrocution was humane, I imagine they thought they weren’t hurting the animals. Still.

I took this at the park on the East River, while on lunch break from the ASPCA. 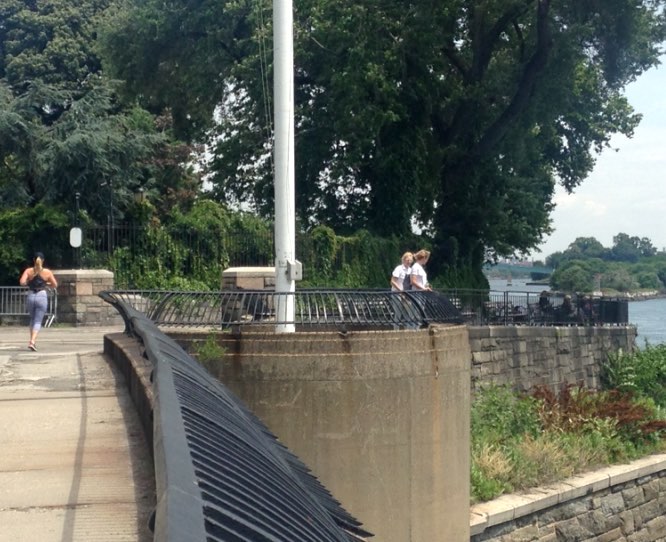 The View From Up Here