A friend sent me a copy of Helene Hanff’s Letter From New York. What a pleasure. She’s writing about New York in the late 1970’s and early 1980’s. I moved back to New York and New York City in 1981, I think it was. I was here when she was here! She describes a New York that was already starting to disappear, although theatre (not like it was) and dog communities are still here, and other things will never change. She also writes with a certain timelessness. But I was into punk rock when she was writing, and CBGB’s, and soon after that, the internet. But I chase concerts in churches the way she did, and bemoan the fact that they are no longer free.

Depending on which block I walk to the subway, I pass by these guys. The owner puts them out on the street daily to see the sights. 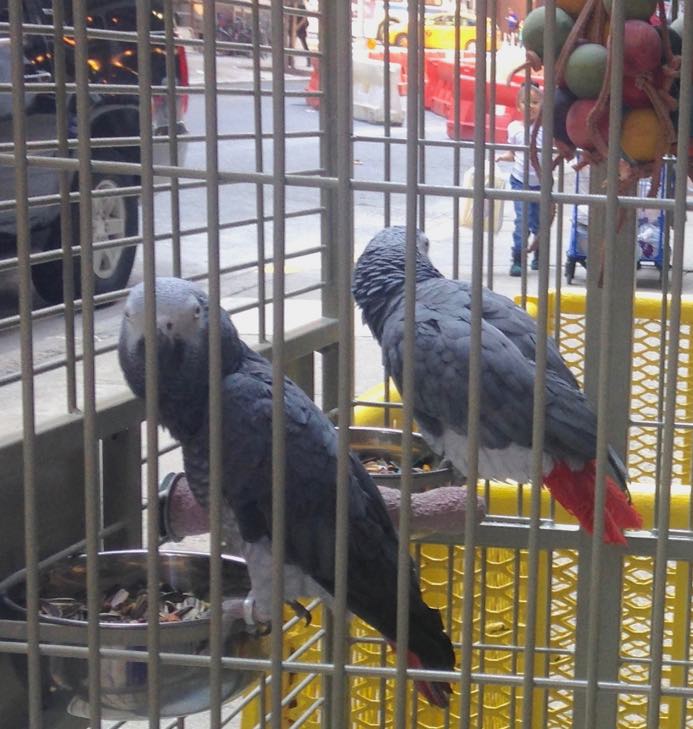 2 thoughts on “Helene Hanff and a Letter From New York”