When I finally broke down and bought the camera I couldn’t really afford, (there will be lots of scrimping in my future) Canon sent it via UPS. Of course UPS tried to deliver it while I was at work and left a notice on my door. I called UPS to arrange to either pick it up or have them deliver it on a day I’d be home. “Canon has restricted your delivery options,” I was told. I couldn’t pick it up at UPS, and I couldn’t ask them to deliver it on a day when I was home.

The only option was for them to try to deliver it two more times, both of which would occur on days when I was at work, and then they would send it back to Canon. There was absolutely nothing I could do about it.

WTF?? I couldn’t think of a single reason why Canon would do this, so I called them. The first representative I spoke to couldn’t tell me. Her supervisor said it benefitted both Canon and the customer. “How, exactly?” How did it benefit me to wait while UPS continued to try to deliver my camera before returning it, only to have Canon ship it again, with no guarantee that the same thing wouldn’t happen again? She couldn’t tell me.

“I can’t be the only person to call up upset about this,” I said to the supervisor. “Every customer of yours with a job would have this problem.” It was just so maddening I insisted on an answer. It must save them money. It’s the only explanation. Someone at corporate would call me back, she said, and someone eventually did. I haven’t returned their call yet though. I will update with their answer.

How I got my camera: The next day, when I came home and found another failed delivery notice, I ran out and spent the next 45 minutes running around my neighborhood stopping every UPS truck I came across asking if my block was on their route.

It was exhausting, especially after a very tiring day at work, and I was near tears toward the end. But I found my delivery guy! Who was already locked up and about to call it a day. He saw what a wreck I was however, and he opened the truck back up, found my camera, and handed it over. Thank you nice UPS man.

It was all for this. So you, blog visitor, could see Bodhi’s tongue. Totally worth it. 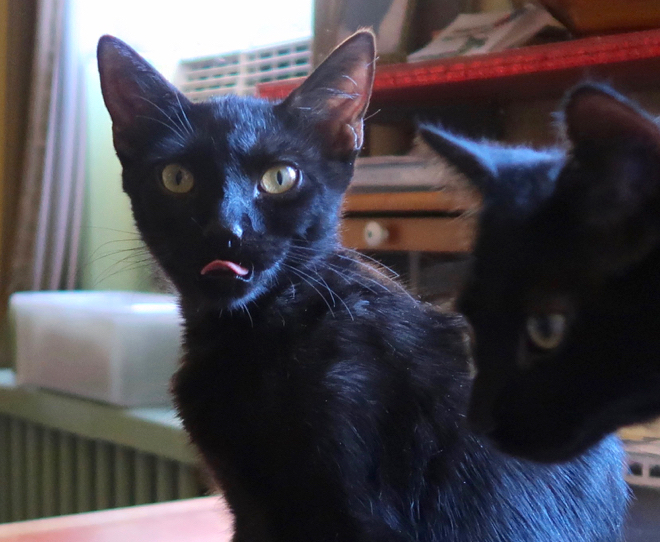 Oh God, Could I be a Bigger Idiot?