I went to the Metropolitan Museum of Art yesterday to see the David Hockney exhibit, thinking I was avoiding the crowds by going the last week. And maybe I did avoid the worst, but it was still pretty crowded. This is looking back on the line to get in. For reference, unless there is a big show, there are never lines to get in (which is not to say that there aren’t a ton of people there every day, just not insane hordes). Also, this was just one of two lines. 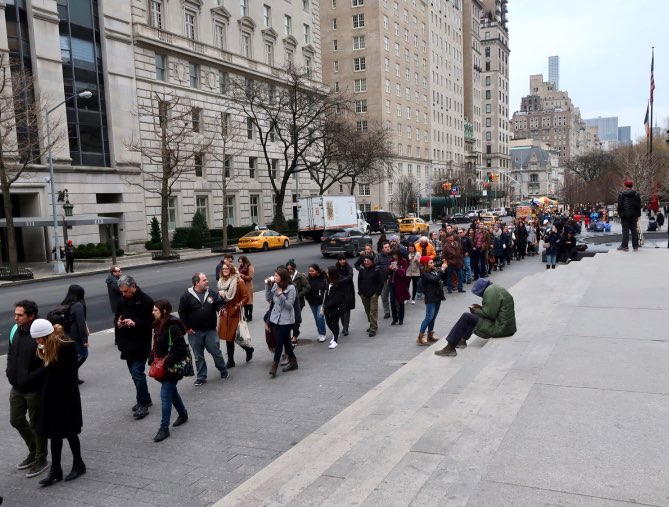 I didn’t take a picture of any of the Hockney paintings because I wouldn’t be able to do them justice. I was also thrilled to see there was a William Eggleston exhibit on the way to the Hockney. I absolutely idolize Eggelston. He’s one of the artists I think of when I talk about how you can put a bunch of artists in front of the same exact subject and how one will emerge with something sublime and the rest will be good, okay, and bad.

Whenever I go to the Met I try to explore a gallery I’ve never been to before, regardless of whether or not it’s filled with something I’m drawn to. Yesterday I went to see pottery. I love pottery, but for some reason I’ve never stumbled onto this wing before. It was filled with one treasure after another, and one piece I swore I saw not too long ago on Antiques Roadshow. This wasn’t the most spectacular pot, although its very simplicity is perfection, but the glaze was so beautiful I cursed the universe and the fact that it wasn’t mine, mine mine. 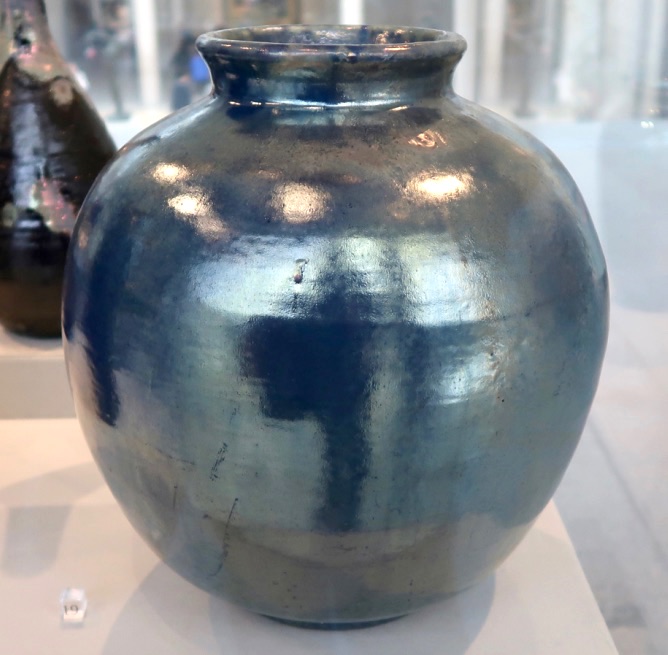 This is looking down from the pottery wing, a place I’ve been to many times. In this spot, behind the stairs on the upper left, is a piece I’ve written about before. 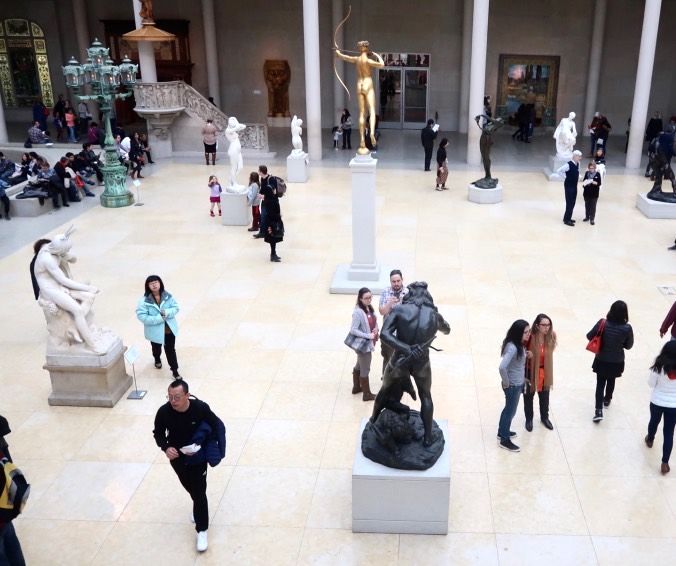 It’s a monument of Elizabeth Boott Duveneck, a relatively obscure artist, and I wondered why people stopped to look at all. I wrote about her father, composer Francis Boott, in my book about singing, which is why I posted about her. But it’s a strikingly beautiful and slightly morbid piece. That is probably why so many people are compelled to stop and gaze at her. 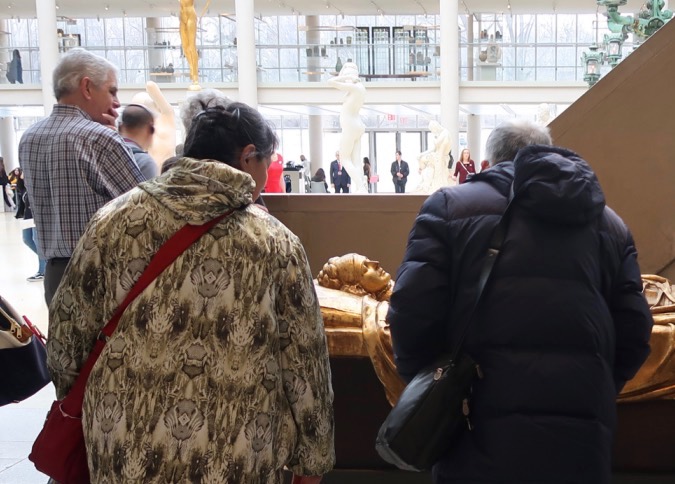 In 2005 my choir, the Choral Society of Grace Church, sang beside this screen over the holidays. Every year the Museum puts up a fabulous tree and various choral groups sing around it. It was such an honor, I’ll never forget it.

So that was my day at the Met! For which I paid the grand price of $1. Thank you New York City and the wealthy patrons who originally founded it. 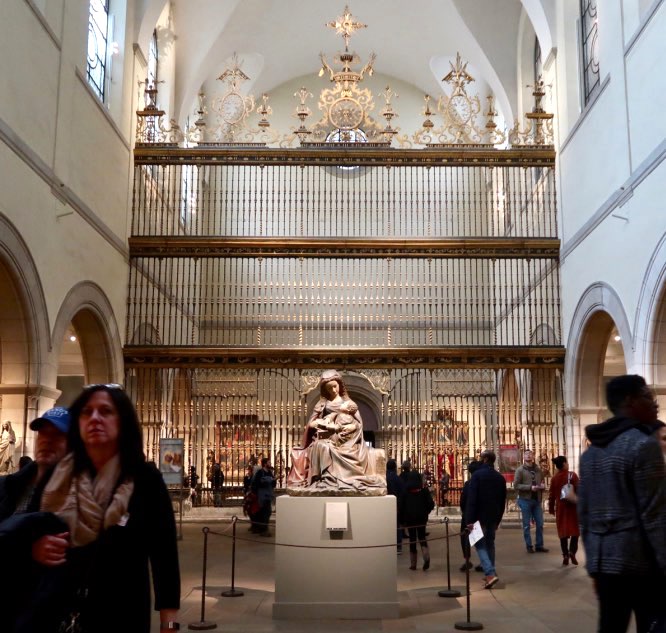 There Will Always Be News