They were shooting on Perry Street the other night. It was so lit up I had to go out and take a look. I watched them shoot a scene of a girl leaving the building via the fire escape. The production is called “Village,” and the actress’s name is Grace, that’s all I caught. I googled it but couldn’t find out anything. That’s Grace making her way down. 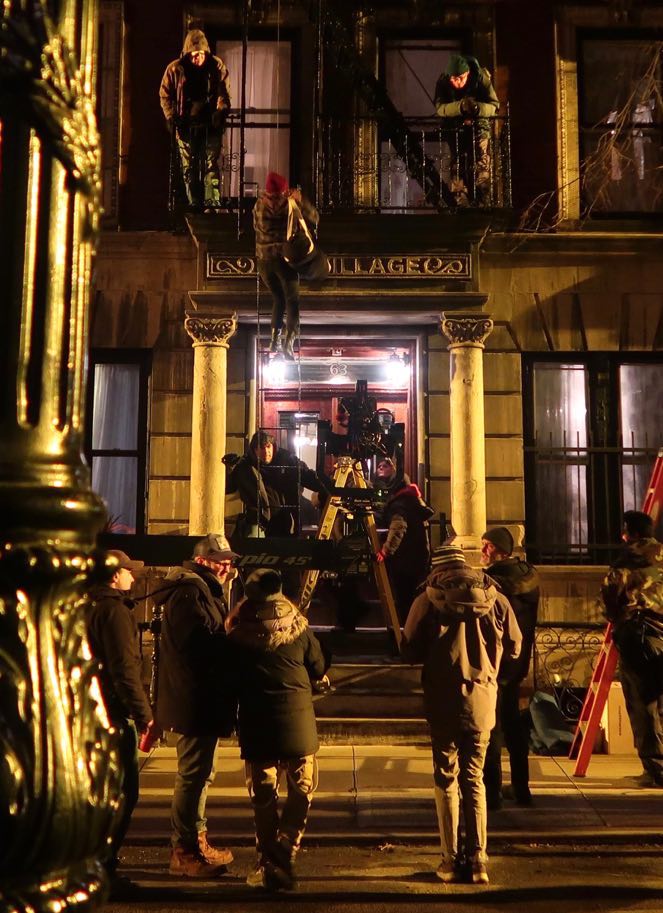 Walking towards the block. 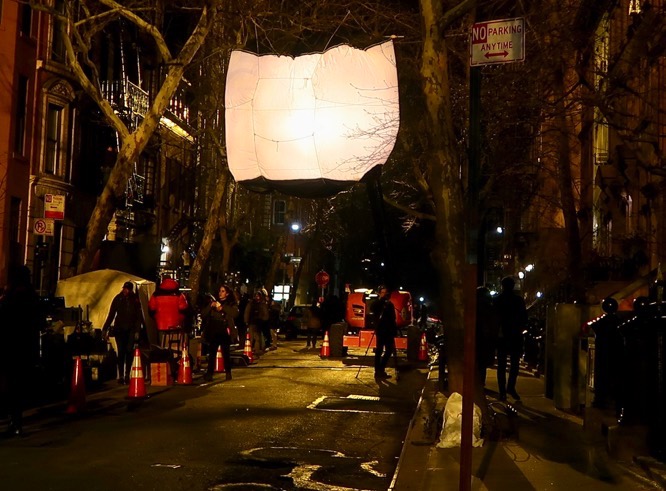 I went to my roof first and saw these lights pointing towards the next block. (My building is five stories high, to give you an idea of how tall this stand of lights was.)

Holy shit. My friend across the street just tweeted that they broke some branches off a tree on our block. Jerks. I should call 311 or something and report them. 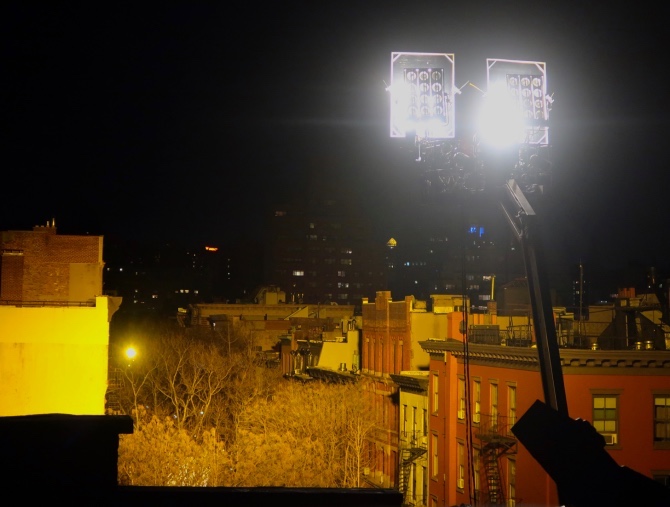