I took these a couple of weeks ago, walking down the West Side Highway. The first was a ghost bike tribute, for a cyclist killed on that spot, but someone also added pictures of the eight people killed in the terrorist attack on Halloween last year. 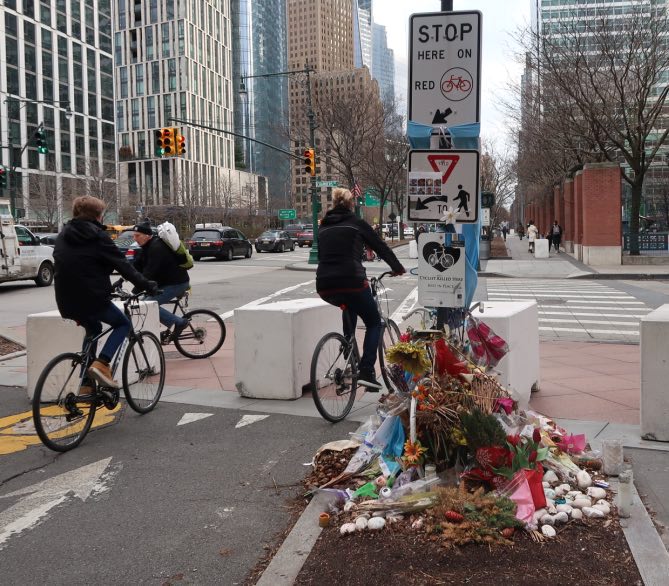 This wreath was directly for those eight victims. I just read that the driver of the truck is seeking a deal to avoid the death penalty (he wants life in prison instead). It is his right, and I am against the death penalty anyway, but I can’t avoid the incongruousness of doing everything you can to avoid something which you inflicted on others. Obviously he understands it’s a terrible, horrible thing, to kill and to die. Does he address this in any statements? 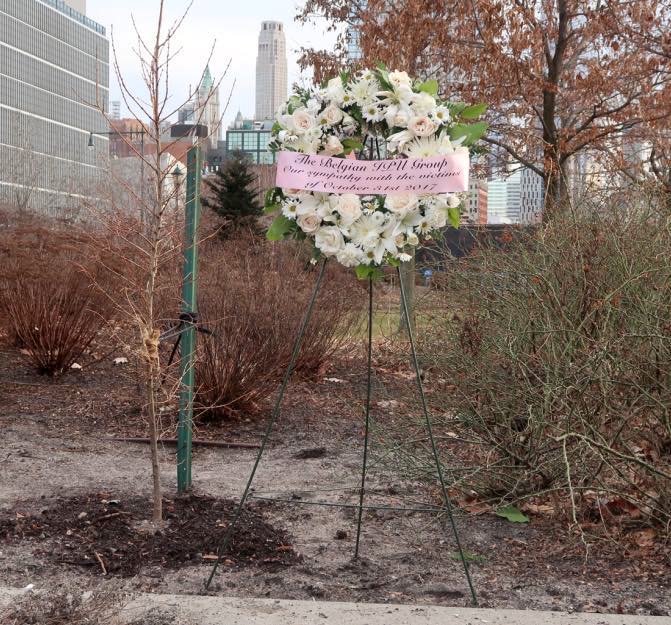 I Did Not Abduct This Dog