I binge watched The Alienist the other day. Anything to do with 19th century New York is my favorite thing, so I was very entertained, aside from the gore. I especially loved how mostly correct the history is. They’re only taking the tiniest of liberties. They do a stake-out in a club called the Slide that catered to men attracted to men dressed as women, and the Slide actually existed. However it closed in 1892 and that scene was set in 1896. A very minor quibble. I’m mostly showing off that I know that. AND, I could be wrong.

The guy who ran it, Thomas Stevenson, was sent to the Penitentiary on Blackwell’s Island, which is why I knew about the Slide in the first place, (backstory: I have a book about Blackwell’s Island coming out in a couple of months). The Slide closed when Stevenson went to the Island, but maybe it re-opened later. One of my favorite things that I learned while researching the Slide was how the men dressed as women assumed other names which they often took from Gilbert & Sullivan operas, like: Princess Toto, Hebe Pinafore, and Princess Ida. 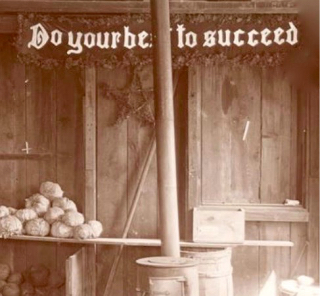 There was also a harrowing scene set in the Lunatic Asylum on Blackwell’s Island. They show a bunch of women lined up in chairs and in restraints. They’re not even allowed to get up and go to the bathroom.

I can’t say for sure it looked like that, and I’m guessing they based that scene on Nellie Bly’s report of how they were made to sit upright all day without talking or moving, although Bly doesn’t say anything about restraints. But based on my research, it’s not inconceivable that it could have happened just like that from time to time. They used restraints a lot, and that’s an understatement. In 1882 for instance, 351 women were restrained 3,086 times. “Insane women on the whole are more unmanageable than are insane men,” one superintendent wrote, defending the practice. I’m also pretty sure I read an account of women urinating on themselves while in restraints and then getting beaten for it by the attendants who were expected to clean it up.

The show is mostly correct, even to the tiniest detail sometimes. I could see a bit of a motto on the wall behind Dakota Fanning at one point, and the typeface was the same as a motto I saw on the wall in the photograph above, which was taken in one of the hospitals on Blackwell’s Island in 1896. When Dakota Fanning’s character goes to the Asylum looking for records of a murder suspect she’s told that the men had been moved to another asylum, and that was true (except that happened decades earlier). The women would be moved in a few years as well, when the Asylum closed in 1901 and the building became Metropolitan Hospital.

So many things to be scared of, so little time.