A few weeks ago I watched two movies on TCM about the Hiroshima and Nagasaki bombings. They were, of course, devastating. Today I’ll be reading articles about the bombings, and looking at pictures (and I want to get a copy of new book “Fallout: The Hiroshima Cover-Up and the Reporter Who Revealed It to the World.”)

I’m sure I’ve told this story many times, it’s about the first and only time I cried while volunteering down at St. Paul’s Chapel during the World Trade Center recovery period after 9/11. Every day donations from all around the country and the world would arrive at the chapel. One day we got boxes and boxes from Japan filled with tiny, paper origami cranes. The cranes are a symbol of peace and also a gift that is meant to grant good luck, health and recovery. They were made famous by Sadako Sasaki, a little girl who lived near Hiroshima and who died as a result of the bombing. When she was in the hospital she folded 1,000 paper cranes, because according to legend that would grant her a wish. I would imagine her wish was to live, but she didn’t make it.

Also inside all the boxes where cards from the people of Nagasaki to the people of New York, expressing sympathy and hope for our healing and recovery. That’s when I cried. I have always felt dropping those bombs was a terrible, unspeakable wrong, but dropping the second bomb on Nagasaki was immoral on a level beyond comprehension. It was the first time I realized that we, America, were not the good guys I thought we were. I’m not sure how old I was. Junior high age? My innocence was gone. I think I read Bury My Heart at Wounded Knee that same year.

But I was crying because of the sympathy cards. It was an incredible lesson about forgiveness, and not holding hate and anger in your heart. Could I ever be as good a person as the people who sent these cards?

Graffiti I passed by the other day. Will I ever be as good a person as John Lewis? 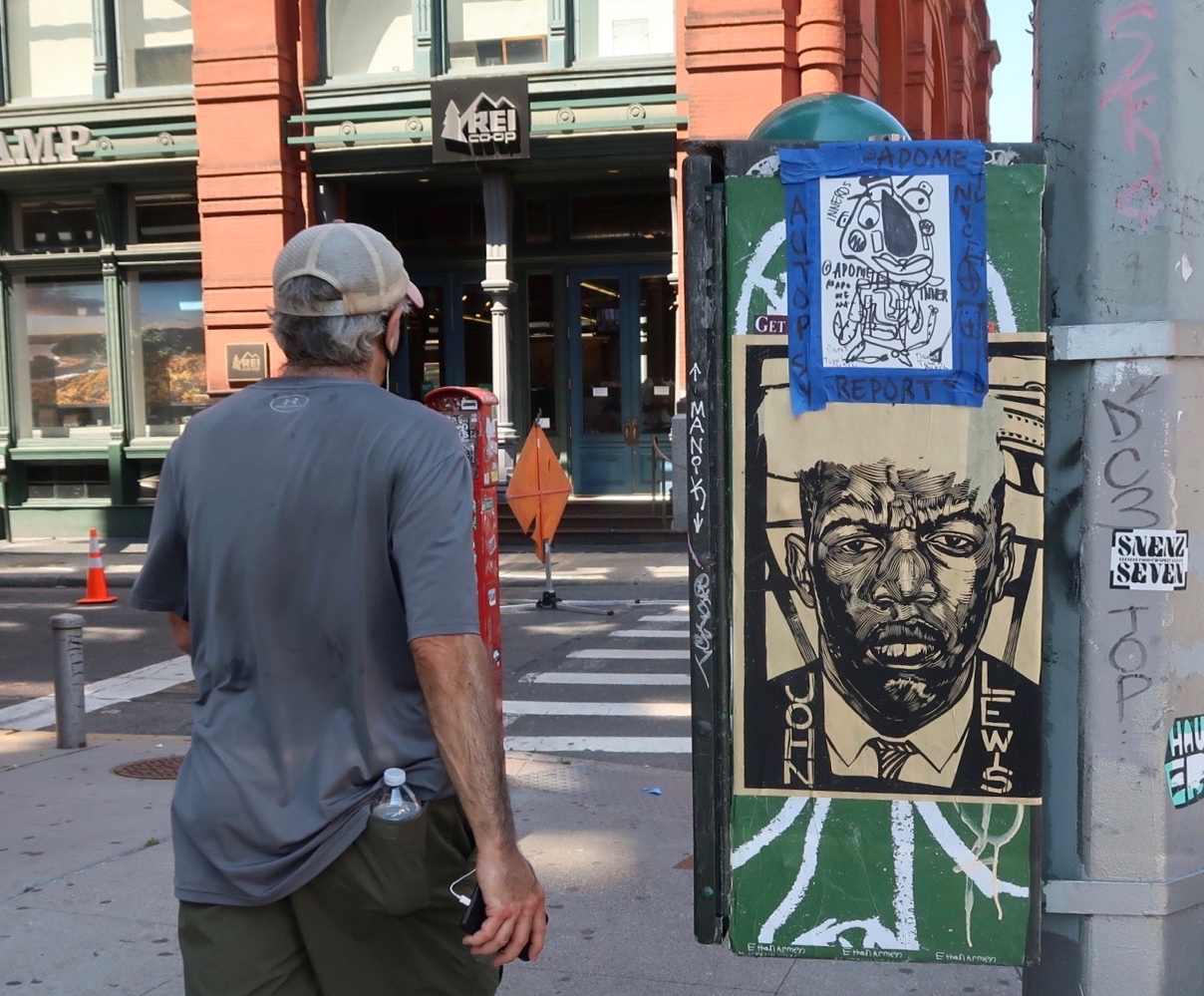 Happy birthday to me!

These Are the Ones Who Lived