I only recently discovered C-SPAN3, which on the weekends airs American History TV. There is always something good on then, and last night I watched all their Hiroshima programing. Toward the end of a documentary called A Thousand Cranes – The Children of Hiroshima, by Betty Jean Lifton, I was captivated by the story of the founding of an orphanage by a man named Yoshimaro Mori. (I linked to the documentary above, the section about Mr. Mori begins at 16:00.).

I spent the next few hours researching him, and was shocked that there was so little to be found. I thought I was going to find that he was a national hero. In the documentary they talk about the fact that he was moved by all the orphans he saw around the railroad station, who’d been forced to make a living on the black market and by prostitution. According to the documentary, in September, 1946, he “abducted” 60 children and brought them Ninoshima Island, two miles away. I guess they didn’t want to go with him. Perhaps going to an orphanage was even less appealing than living on the streets. Robert Jungk, an Austrian writer and journalist who wrote Children of the Ashes, describes it this way:

“To begin with he had to catch them, quite literally, and have them transported under supervision to their new home. However, he succeeded eventually in transforming barracks formerly filled with misery … into a happy, indeed a model, colony of children.”

In the documentary they say only 43 of the 60 children he rounded up made it to the island, but there’s no explanation about what happened to the other 13. Maybe they jumped ship and swam back to Hiroshima. The oprhanage, called Ninoshima Gakuen, would become the largest orphanage in Japan.

Norman Cousins, (journalist, author, editor, peace activist) visited Ninoshima Gakuen in 1949, and initiated a program called “moral adoption.” Americans could adopt the Hiroshima orphans, except they would stay in Japan, and their adoptive parents would pay for their care. Novelist Pearl Buck, and author and journalist John Hersey, whose 1946 New Yorker articles gave Americans one of the first real accounts about what happened in Hiroshima, helped with the campaign. (Note to self: read more about Norman Cousins.)

Singer Marian Anderson visited Ninoshima Gakuen in 1953, sang to the children and donated money. I learned from Yoshimaro Mori’s thank you letter that he had a daughter, Kazuko, who lived with him on the island. I found a Japanese professor with that name, who is of the right age, but I have not contacted her yet. Part of my hesitation is because of the way he died.

In the documentary, they show one of the original 43 children, a young man name Sato, (who I also plan to research) visiting Yoshimaro Mori’s grave on the island. From Robert Jungk’s essay I learned the following about the end of Mr. Mori’s life:

“He received no thanks for this [for establishing the successful orphanage]. In 1955 he was accused – quite unjustly, as was later proved – for reasons of local political intrigue, of having embezzled money. He committed hara-kiri in despair at the disgrace thus brought upon his Orphans’ Island.”

How completely heart-breaking. For such a good man to come to such an end. This is probably why I found so little written about him. If you google his name you’ll see what I mean. I did come across a letter he had written to the editors at the Bulletin of the Atomic Scientists in 1952. They had expressed interest in adopting and Mr. Mori explains their work at Ninoshima Gakuen and the concept of moral adoption. I hope to be able to find out more Yoshimaro Mori, but for now I want to publicly to thank him for doing such a great and important thing. I hope this post is just one of many to be written about him, and that awareness of his work is recovered. He was a good man and deserves to be honored and remembered.

A couple of pictures of Sato at Mr. Mori’s grave. Sato never forgot him. 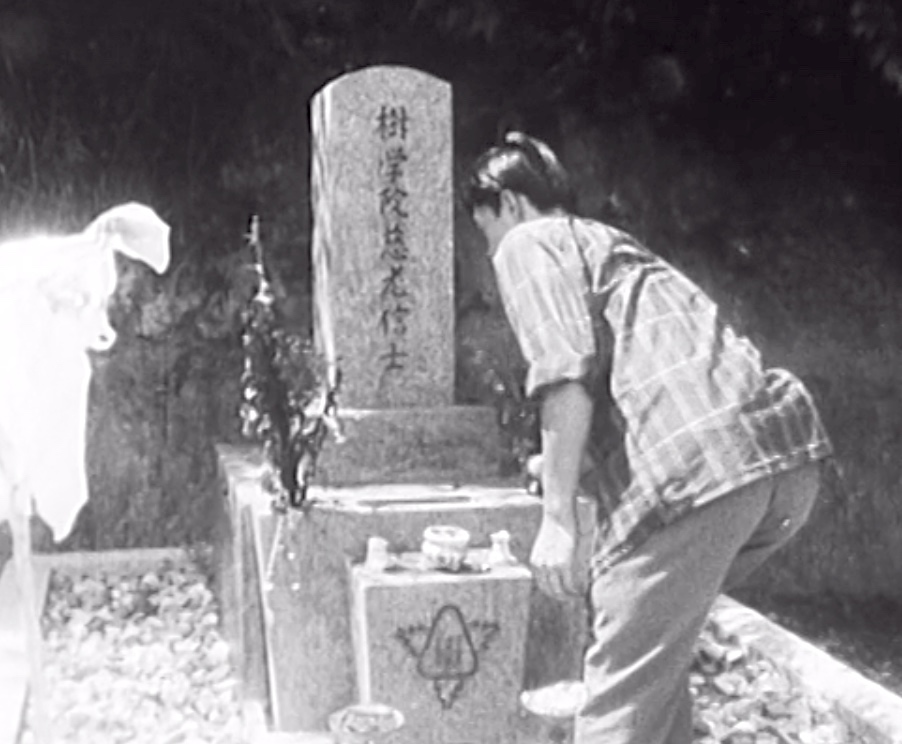 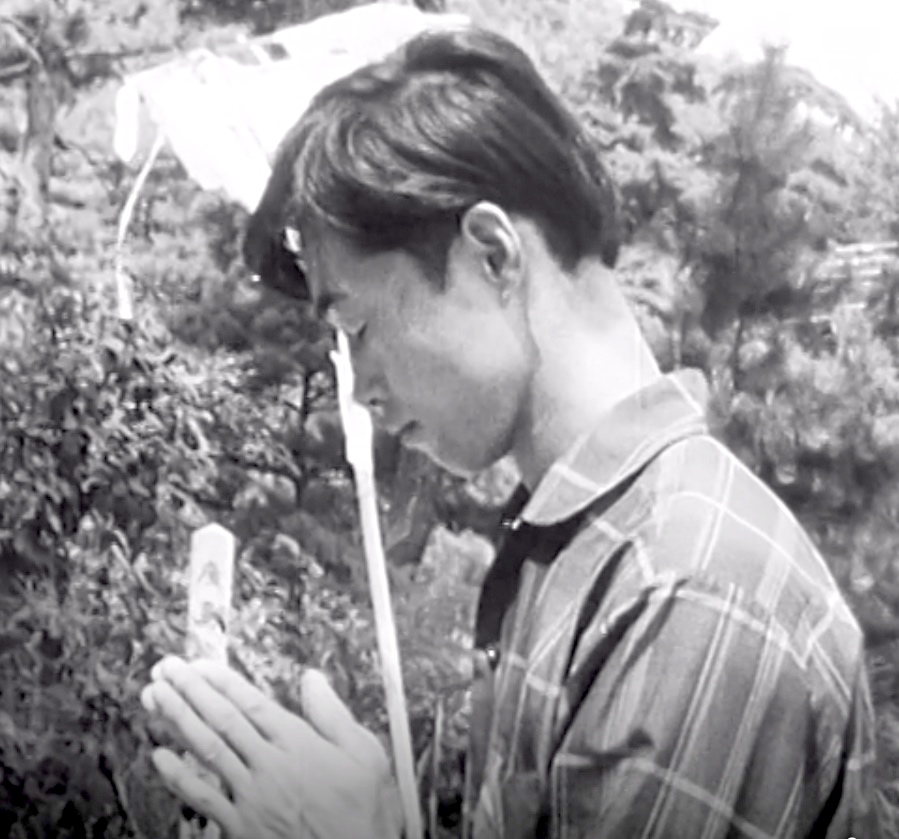 I Have a Q&A in The Millions!