I haven’t posted in a while, I realized yesterday. There’s been so much going on I don’t know where to start. First: Thank you, Georgia! You saved the day again. Second: How on earth can any reasonable person still support Trump (I know why racists and others support him, but not decent people)?

Third: I really don’t understand why McConnell passed on proceeding with a trial. If the trial happens when the democrats are in control, it will be a real trial, unlike last time. They will call witnesses. They will search for and examine evidence. They will investigate the possibility that some senators had a hand in this riot.

I could see McConnell being fine with destroying Trump, but his fellow republican senators? If the trial happened now, he could have ended it quickly, like last time, without actually doing anything.

Last, I’m attending a zoom funeral shortly. Another friend has died (not COVID). Another decent, wonderful human being is gone. Fucking death. Too much death. Give us a god damned break already. I was telling his widow (I hated typing that) I loved how he followed my blog and would ask specific questions about my cats. Not simply “how are the cats” (which is fine, by the way, I am always touched when people ask) but he would ask, “how is the behavior issue going,” or he’d ask about whatever health issue they were experiencing at the time. We went to all the Loser’s Lounges together and I don’t know how I’m going to feel the first time, and every other time he’s not there. I think it can’t help always being sad.

I took this picture because it was genuinely cold out that day and people were still sitting outside to eat. 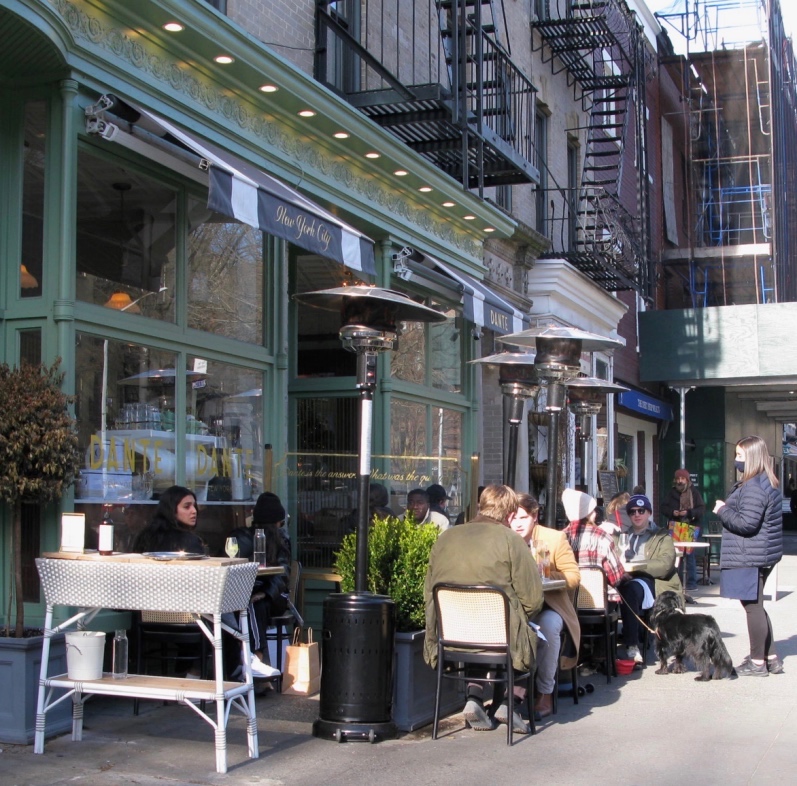 An Ethic by Christina Davis

3 thoughts on “Hi! And, I really don’t understand people, it seems.”