I hadn’t planned on listening, I get too upset, but I broke down yesterday later in the afternoon, and I’m listening now. Is anyone else listening? I came close to an anxiety attack yesterday. I honestly didn’t know that the riot was as bad as it was. The police officers screaming as they were bring crushed, attacked, the one who was tased, the one who was murdered. I felt terrible for the rioters too. Ashli Babbitt. I hadn’t seen the video of her being shot. I wondered about the two men who helped her up so she could crawl through the window, an action which led to her death. Of course that was not their intention, but how can they not feel terrible? I also didn’t know how many people had really come there to actually kill people, or, at the very least, tie them up and what? (If anyone doubts me, watch the trial, the evidence for this, and there was a lot of it, was presented.). I also didn’t know it had gone on as long as it did before help for the Capital Police arrived. I’m sure many thought they were going to stand outside the Capital and chant, but if they joined others and swarmed inside they must also be held accountable.

As readers of my blog know, there’s a building on 11th Street which regularly puts up signs on the front of their building. I pass it by on my way to work. This was the sign they had up in late January. 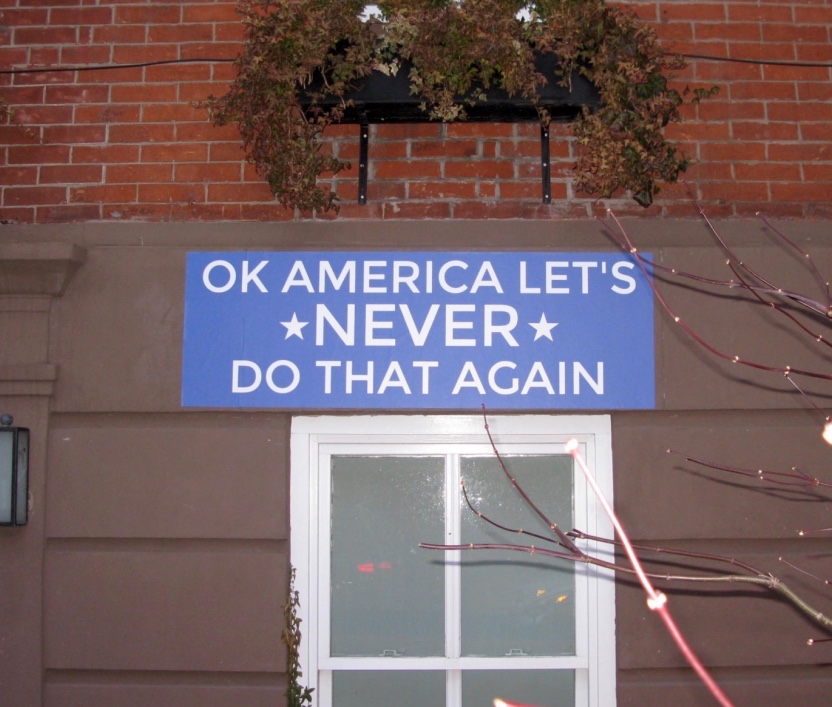