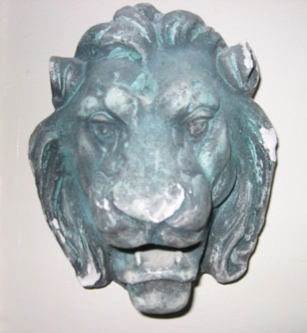 When my mother died, my brothers and I divided out her possessions. I picked this lion’s head. It reminded me of the doorknocker from Mr. Magoo’s Christmas Carol. I watch that every year. 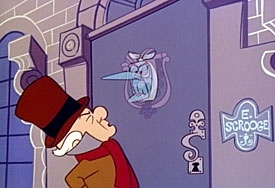 You can’t really see it in this shot, because Marley’s ghost is covering it.

From A Christmas Carol. “Marley’s face. It was not in impenetrable shadow
as the other objects in the yard were, but had a dismal light about it, like a bad lobster in a dark cellar. It was not angry or ferocious, but looked at Scrooge as Marley used to look: with ghostly spectacles turned up on its ghostly forehead. The hair was curiously stirred, as if by breath or hot air; and, though the eyes were wide open, they were perfectly motionless. That, and its livid colour, made it horrible; but its horror seemed to be in spite of the face and beyond its control, rather than a part or its own expression.”

I was wondering, after I die, who will pick the lion’s head next?

New Bed for the Cats

While My Movie Downloads