I’ve started listening to tapes of the Duke Parapsychology Lab scientists I’m going to be writing about. They were made 30 years ago by Sy Mauskopf and Michael McVaugh who wrote a history of parapsychology called The Elusive Science.

These tapes are a godsend. All of these people are dead now, so they’re great for getting some sense of their personalities. But listening to them is maddening at times. Mauskopf and McVaugh were after very different information than I am (not a better or worse thing). Something will come up and I’ll be screaming, “Yes! Ask them more about that!” And Mauskopf and McVaugh will let it drop and go off in another direction.

While it rained and thundered and stormed all day yesterday, I stayed inside and listened to the voices of the dead.

Bizarrely, that reminds me, I didn’t post about our choir’s performance of Elijah. It was one of the best experiences of my choir life. What can I say, we were just on. And when you hear how good you sound it’s so exciting you try even harder and it keeps spiraling upward, getting better and better and better. I cried twice during the performance it felt so great. The audience jumped to its feet the second we stopped. The soloists, who were great in the dress rehearsal the night before, were sublime.

Robert Gardner, the baritone who sang the part of Elijah, sang “It is enough” with such apparent genuine emotion it was like he was channeling all the world’s grace in the face of despair. He sent us the nicest letter. I don’t know if a soloist who has ever done this before. Here is his picture (which, by the way, doesn’t do him justice — I don’t think I exaggerate when I say every man and woman in the choir had a crush on him — you had to have been there, you would have developed a crush on him too, trust me). 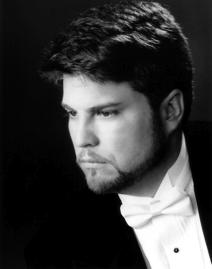 Here is the letter he wrote:

Thanks for this opportunity to bring Mendelssohn’s Elijah to life yet once again. Every time I revisit this piece it grows and develops. However, I can’t imagine this getting much better than the reading we gave it Friday night.

The crowd energy, by its sheer mass, but also by the attention we received from every individual from the back aisle standing room to those seated on the floor in front of us made it an incomparable night to remember and cherish. Elijah munched on their energy!

The chorus’s preparations were truly, truly world class (“evident” doesn’t even come close!). There is no question that, after singing with some of the best choruses in the world, that this Choral Society of yours on Friday night ranked among the best in the world in its tonal quality, conviction, clarity, versatility and strength. Every sung note until the very last was exactly as it should have been, giving the community you serve something tangible and honest. In so doing, we all have achieved that which any musician sets out to do. We served. Most choral environments are not able to give this piece its due attention, and your success in this is duly noted and has already been commented on in other circles. The Choral Society of Grace Church is invariably an environment where the world’s musical masterworks can be clearly heard without dishonest affectation or impedance. From the bottom of my heart, thank you for that.

All my very best to you and the Choral Society,
Robert Gardner