Here’s a shot before they let the audience in. 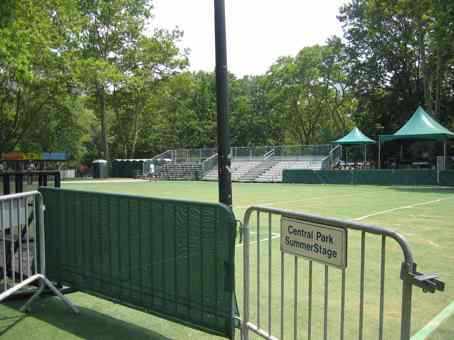 Here’s a shot from the stage (so much fun to be on a stage!). 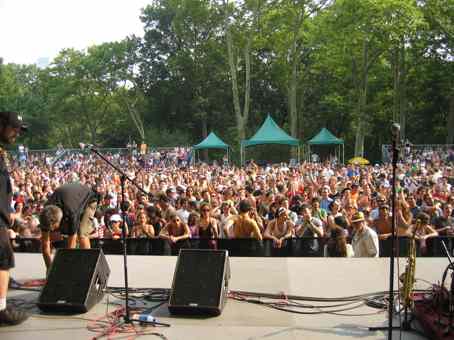 Here’s Balkan Beat Box. The guy on his knees was gorgeous and an amazing performer. They all were, really. The saxophone player was incredible. (But again, they all were.) 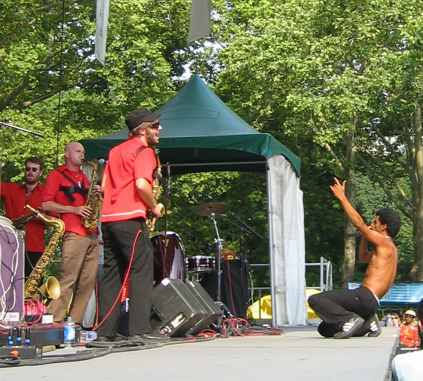 I got an action shot! I wish I had caught a better expression, though. (Note that two guys are in the air. Oh wait, THREE. It looks like the guy with the black hair is in the air, too! He was playing trombone.) 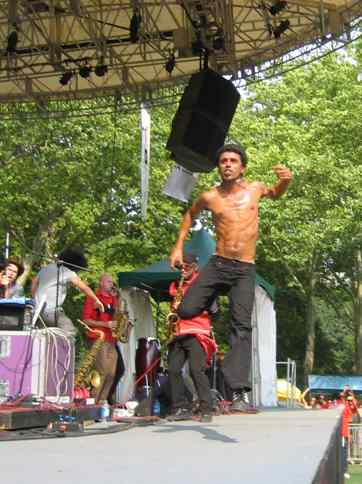 And here is us with Balkan Beat Box, talking about what we’re going to do. We play different styles, so we’re working out playing them together without the benefit of a real rehearsal. We can’t play our drums because another band was performing and it would have been too loud. I say we don’t really have to, we can use our hands to tap out the various rhythms, and the guy in black says, “Yes, let’s play in our hearts.” Isn’t that a nice thing to say? 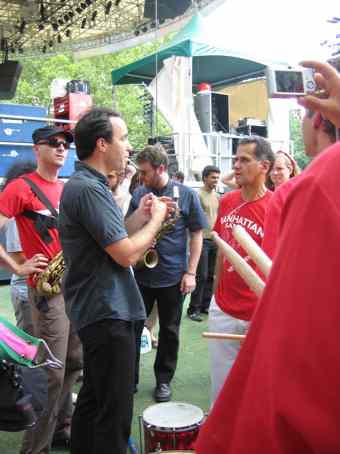