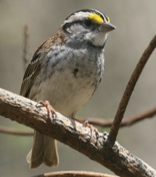 Remember how the other day I said a bird flew into my window twice? This morning three birds flew into my window, one so bad I went downstairs to see if there was an injured bird, and sure enough, there was a sad, hurt little bird. I had nothing to catch him. I went all around the neighborhood, under-dressed (it was cold) looking for a store to give me a box, and it took forever, most places weren’t open yet, and the only one I could get was too small.

I went upstairs, trying to find a bird rescue place to tell me what to do, reached a squirrel rescue woman who was very nice, and she gave me two numbers to try, but said the bird might just be stunned, and just needs a little while. So I’ve showered and I’m going back down there. But even if the bird isn’t there, that doesn’t mean he didn’t hop off someplace to die.

What is going on with these birds?? I’ve lived here since the early 80’s and have never had this problem before. I think they are sparrows, because they kinda look like this picture.