The house that my grandfather built in 1926, and where my father and my aunts grew up, is for sale for $1,495,000.00. It’s in Jamaica Estates in Queens. When my father was born it was surrounded by mostly farmland. But in the 1930’s the city (Robert Moses) installed Grand Central Parkway within spitting distance on the eastern edge. Here’s a picture taken I know not when, I’m guessing in the late 1920’s, early 1930’s. 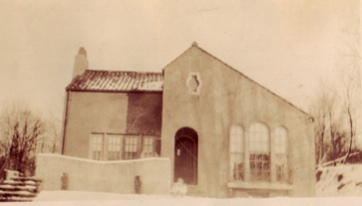 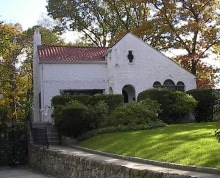 Here’s a shot inside, from the 1930’s, with the incredibly high ceilings (those are my grandparents). 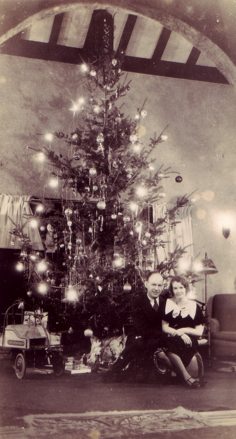 I wanted to get a close up of the tree, their trees were always giant and magical. 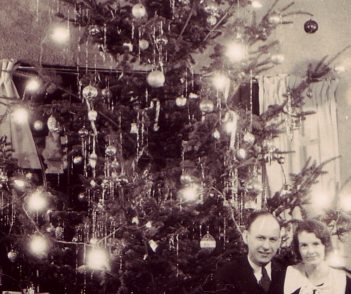 And here is a close-up of what was under the tree, the best part. The only presents I can make out are the fire department cart thing, a Felix the Cat looking thing and a pillow with Santa Claus on it. 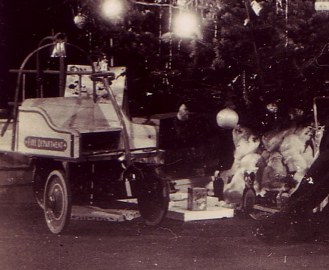 I honestly think that if I had a spare $1,495,000.00 I’d buy it. I’m getting all verklempt just looking at these shots. The closeness of Grand Central might sound like a bad thing, but when I was a child, the woosh, woosh, woosh, of cars speeding by at night, was comforting, like a lullaby, and to this day highway sounds make me feel at peace.

If there’s a rich person out there with a spare 1.5 mil, please buy me this house. Thank you in advance.