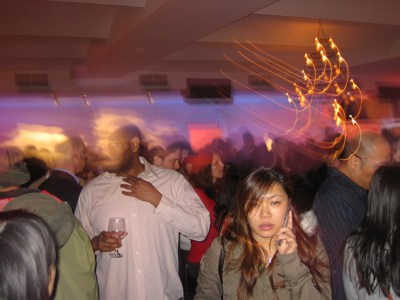 Yesterday, on my way to the gym, me and a bunch of people had a near death experience. Two cars playing some sort of chicken game were heading straight for us. There was no way of knowing if they’d keep coming straight at us, or veer left, or veer right, and they were so close and coming so fast there was only time enough to pick one direction and try to get out of the way. But if you chose wrong, there’d be no time left to head back in the other direction, you’d be dead.

I was smack in the middle of their oncoming path so I decided to wait until the last second and jump in the appropriate direction. This was one of those instances where all the options are weighed and a decision is made in a split second. Plus, if I had to jump left, I’d jumping into on-coming traffic, and they could see what was going on so they were all making their own split-second decisions, except their decisions were probably not going to result in their DEATHS OR MAIMING.

I didn’t have to move. They veered right, completely away from where we all stood. No one was hurt. But we all stood around for about ten seconds going “We almost died!” “Oh my god, that was scary!” “Did you freaking see that??”
We glared at the drivers, but I figured you don’t want to mess with people like that. I didn’t say a word.

I went to the gym, but I was shaky the whole time. But then, for the rest of the day I was in a good mood. At the end of the day I got a call for a gig, and normally I wouldn’t have gone, out of sheer laziness, but I totally wanted to go. I cleaned my apartment (suddenly it need cleaning RIGHT THEN) showered, drummed for a while to get warmed up, and went! The whole time there I was in the best mood, I danced in the hallway outside of the party, I was so happy to be with my friends who I only see once in a blue moon when I show up for a gig.

I took the picture above before we played. I don’t think those people liked us too much, the applause was lukewarm, but fuck em! I didn’t die!

Soon I Will be FREE

I Get to do a Wonderful Thing AGAIN!

Jon Oliver and I Have the Same Idea …

One thought on “Why I went to the Gig”