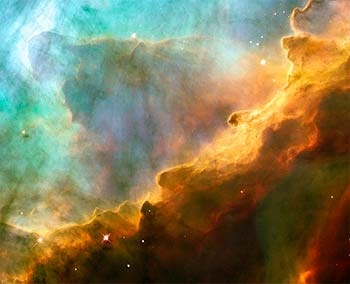 There are all sorts of gaps in my education. I remember there was one personally traumatic year, the 7th or the 8th grade, nothing genuinely horrible happened, it was regular growing-up stuff, but I don’t think I paid much attention to what went on in school all year and to this day I’m fuzzy about how a bill becomes a law.

Luckily, I find pretty much everything interesting, so I’m always looking up something or other, trying to find out more about it. But unluckily, unlike the stuff I learned when I was a kid, within months or a year, I forget whatever it is I looked up. I can’t tell you how many times I’ve had to look up how a bill becomes a law, except I don’t really keep looking that up, I’m just using it as an example. A better example: I have a map on my desk because I don’t want to be one of those people “who can’t find Iraq on a map,” except within days I forget where it is and I have to keep looking it up repeatedly.

The biggest gap in my education is in science, which is such a shame. I really have to wonder about all those science and math teachers who made it seem like the most dull, irrelevant subject in the world. I regularly have my mind blown when I read the science Times or go to a lecture. I would be hard pressed to come up with anything more exciting than science. Thinking … having a revelation when you’re in therapy. Not that it does you any good, but better to know than not know! It might even be fair to call that science. Anyway, there’s probably more examples of equally exciting things, but still.

My problem is often I am without any foundation to truly grasp what I am reading or hearing. I’m trying to make up for it, like reading Natalie Angier’s book The Canon. I perked-up yesterday at the movies (M. Night Shyamalan’s The Happening) when the main character, a science teacher, was telling his students to remember the scientific method as they ran out the door. “Identify the variables, design experiments …” It went by too fast, alas.

I would love to see a TV show, with an ensemble cast of actors playing scientists, where this process of discovery is regularly dramatized, something really high-level though, not crappy. Where the scientists are people and not cartoon nerds. There’d be challenges to doing such a series, but there are plenty of ridiculously talented people out there. Get on it, talented people!

The picture is from Nasa’s website and the caption reads, “A Perfect Storm of Turbulent Gases in the Omega/Swan Nebula (M17).”

Village Cakecraft and The Thinking Woman’s Guide to Real Magic

4 thoughts on “Making Up For My Science Education Deficit”