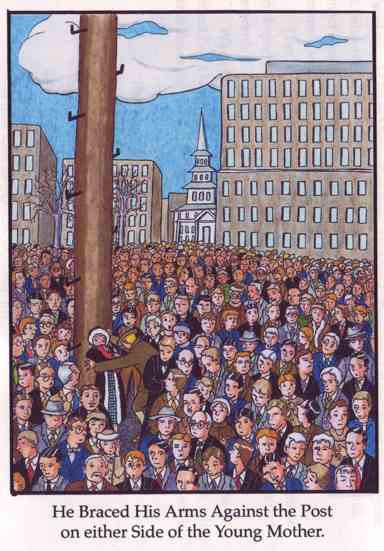 I was so thrilled to see a video of Dr. Elizabeth McMahan on YouTube. She was one of the scientists who worked at the Duke Parapsychology Laboratory. She was nicknamed BettyMac to distinguish her from Betty Humphrey, who was there at the same time. I interviewed BettyMac when I was in Durham, and she’s been very helpful ever since. In fact, I just pulled out my file on her because I only recently gained enough understanding of physics to realize that something she said in a letter to the famous physicist John A. Wheeler was kind of ahead of its time, and so now I have to re-read it and his response to her to see what he thought of it.

The full length version of the video is up at the Rhine Research Center, where she gave the talk, and a shortened version is up on YouTube [the video has been taken down].

BettyMac made this drawing while on a trip to Pitcairn Island in the late 90’s, I believe. (She left parapsychology and went on to become a very respected entomologist.) I couldn’t immediately find an explanation for it. It must have been something she witnessed while there, but that is just a guess. I have four volumes of an autobiography she wrote and I just love love LOVE the drawings running all through them. I found some of them here and there while going through the Duke Archives.

I would have taken one if I had the least bit of a criminal streak. But no. Those nuns did their job well. I don’t believe in God, but there is right and there is wrong.