Ha!  Yesterday I was going on about Jim Parsons and how great he is and guess who just got an Emmy nomination for Lead Actor in a Comedy?? Jim Parsons from The Big Bang Theory!! As usual they fell down the the Reality Show category.  And once again I must point out that they never nominated Buffy the Vampire Slayer for anything.  Wait, maybe they got a writing nomination once.  I think they might have.  Oh and Bones wasn’t nominated for anything, so for the most part, as per usual, The Emmys are not relevant.  Except I see they nominated Dr. Horrible’s Sing-Along Blog for an Emmy.  That’s a big step in the right direction.

Here are a couple of pictures I took at Hair.  They asked me nicely to stop though, so I did.  This was during intermission, I believe, and they projected these hands on the ceiling. 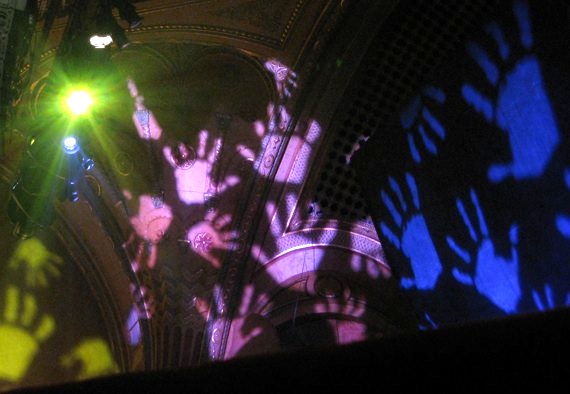 And this is the stage where I sang and danced!!  Except it’s a picture of the way back of the stage. 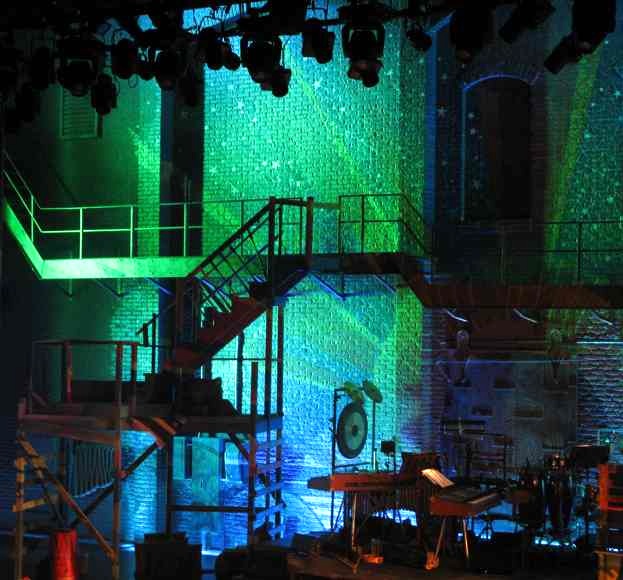 A Jacket I Can’t Possess

One thought on “Vote for Jim Parsons!!”