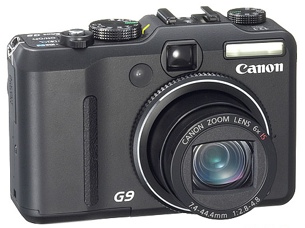 It’s official:  I’m insane.  Canon sent me an estimate to fix my camera and it was high enough where it made no sense to fix it. But it turns out they have something called a “Loyalty Program.” Instead of fixing my camera, I could trade it in and choose from one of three refurbished better-model cameras instead, one of which was a digital SLR!  I was just whining here the other day about not being able to afford a digital SLR and days later I was presented with the opportunity to buy one at an affordable price … and I didn’t go for it!!

I researched, to death, the three models they gave me to choose from and went with this one, the G9.  It seems to have most of the great things about point and shoot cameras and digital slrs, but at the point and shoot size.  I hope I don’t regret it.

I need a Nap