Who doesn’t love nice surprises out of the blue? First, I got an unexpected mention in a friend’s review in the New Yorker of The Strain and The Leftovers. All my life everyone around me has always revered The New Yorker. Any mention in their pages is such an honor. I screamed. I blushed (even though I was alone). I’d been reading Emily Nussbaum’s views about television for years, so it didn’t surprise me in the least when she ended up as the tv critic for The New Yorker, the best job in the universe that doesn’t involve saving lives.

Then, composer and conductor Jed Scott tweeted a picture of Jerry Blackstone, a Grammy award winning conductor and the Director of Choirs and Chair of the Conducting Department at the University of Michigan, reading from my book at the 2014 conference of the Michigan School Vocal Music Association.

Basically, this week I died of pride twice. Thank you Emily, Jed and Jerry.

Since it didn’t involve petting or feeding him, Bleeck is not impressed. 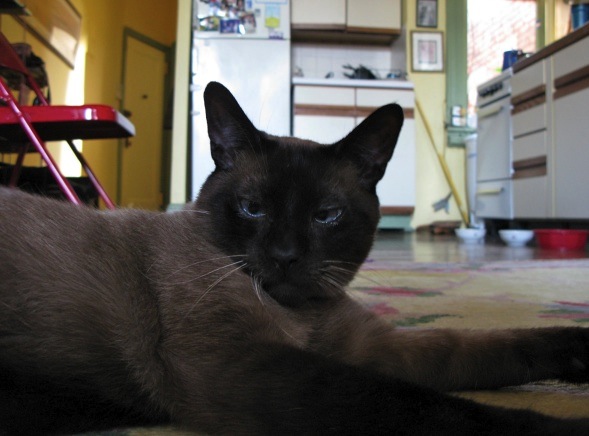 4 thoughts on “Things that Made My Days”