It means, “Guard your soul well.” It’s from one of the Brahms pieces we’re doing.  I love these translations sometimes.  Anyway, it is my prayer for us tonight while we watch the debates.

Speaking of guard your soul well, it’s so sad about Lt. Michael W. Pigott’s suicide.  The order that he gave which caused Iman Morales’s death was tragic too, but that doesn’t mean one can’t feel for Pigott.  His suicide, an act of questionable judgement certainly, makes me wonder if he was suffering from something which affected his judgement that day.  Now both families are suffering a loss.  It’s awful.  Guard your soul well indeed.  It’s so fragile.

This picture is of Perry Street, to my west.  I live on the least pretty block of Perry Street.  I’m not complaining, just saying.  I have it very good. 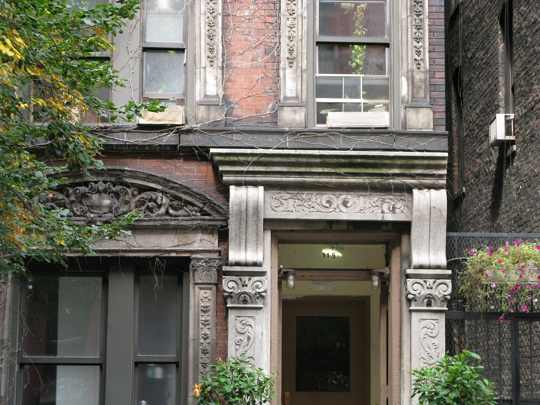 Hurt my Knee, I’m Getting OLD