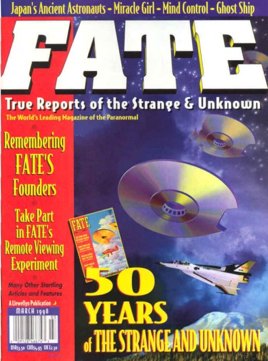 Although that’s a kind of mean wish. I just lost an hour or so follow links from the comments section of this list, Top 10 Bizarre Disappearances. Most of them can be explained, or are outright fiction, but it’s a fun list nonetheless.  And there are links to other lists of unsolved mysteries. All fun.

I read the David Lang story as a child and never forgot it.  It’s been repeatedly debunked, alas.  It’s less than kind to wish it were true because that would mean some poor guy would have suffered such an unhappy fate.  But there is just something about this story.  It completely sucks you in. Why? The reaction seems to be pretty universal.  (The guy I work with at NPR did a really fun piece about it years ago.)  Something about this story makes it stand out above all others of its kind.

Here is an edited down version of the story from the debunked link I just posted. I highly recommend following that link and reading the whole story if this excerpt captures your imagination. It’s got the best overview and even the debunking is riveting.

On the afternoon of September 23, 1880, on a farm just a few miles outside of Gallatin, Tennessee, a remarkable event was witnessed by five people.

The farm was occupied by farmer David Lang and his family — his wife, Emma, his two children, eight-year-old George and eleven-year-old Sarah, and their household servants. On that afternoon, the children were playing in the front yard, when Mr. and Mrs. Lang came out of their house and Mr.Lang started across the pasture toward his quarter horses.

As Lang was crossing the pasture, the horse and buggy of the family’s friend, Judge August Peck, came into view on the lane in front of the house; the children stopped playing, as Peck always brought them presents when he visited. Both Mr. and Mrs. Lang saw the buggy, and Mr. Lang waved to the judge as he turned to walk back towards the house.

A moment later David Lang completely disappeared in mid-step.  Fully witnessed by his two children, his wife, Judge August Peck, and the Judge’s traveling companion (the Judge’s brother-in-law), David Lang had just suddenly ceased to exist; understandably, Mrs. Lang screamed. All five witnesses ran to the spot they had last seen David, but there was nothing to hide behind or under; the field contained just grass … In the following weeks, Mrs. Lang was bedridden with shock; all the family servants except the cook, Sukie, left …

Months after the occurrence, in 1881, Lang’s children noticed that the grass at the site of their father’s disappearance had grown strange and yellow, and formed a circle with about a fifteen foot diameter. Sarah called to her father, and, seemingly as a result, both the children heard him faintly calling for help, over and over, until his voice faded away.

It was the end that got me as a child.  His voice calling out for help again and again until it faded away forever.

Which brings me to Fate Magazine.  I came across it while I was researching my book about the Duke Parapsychology Lab.  I am utterly fascinated by this magazine and still plan to do a story about its history and a survey of what’s inside.

Here is the tshirt I swam 27 miles for!

2 thoughts on “I Wish the David Lang Story Was True”