These guys were in front of Lord & Taylors, along with another guy and a barking (but still very cute) German Shepherd.  Why?  Wait, those patches are not NYPD.  Who are these guys?

Anyway, the NYPD arrested two men in connection with the muggings in the neighborhood. They’re still warning us to be careful because not all the muggings were the same, some were with guns and some weren’t for instance. They’re not absolutely convinced it was the same guys for all of them.  Still, progress.

The two men were spotted at 12th and 8th Avenue (very close!) and they took off running the minute the police looked at them.  They were chased and arrested by cops from the 6th Precinct. Thank you, NYPD! 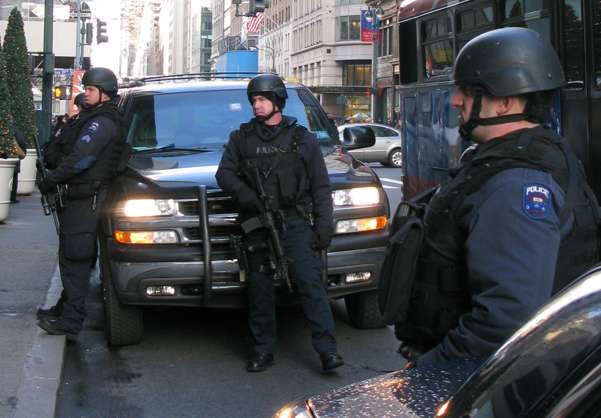 Mouse Catch and Release Plan, or So I Thought