It reminds me of a respectful tradition they have for burials in New York City’s Potter’s Field. Since the religion of many of the people buried there is unknown, everyone is buried because some religions forbid cremation. I like that they don’t want to take chances with anyone’s afterlife.

Sometimes people are so beautifully kind and tolerant, and sometimes they are not.  And I guess the saddest thing about that memory is that anyone ends up in Potter’s Field at all.  Although what does it matter.  And how did I get from Christmas to this??

Best Christmas tv episodes so far:  The Bones one where they’re all locked up in the lab over Christmas, and the Roswell one where Max goes to the hospital and cures all the kids.  Oh, and the West Wing one with Toby and the homeless vet who dies.

Don’t those apartments with the lighted windows on the lower right look cosy and inviting? 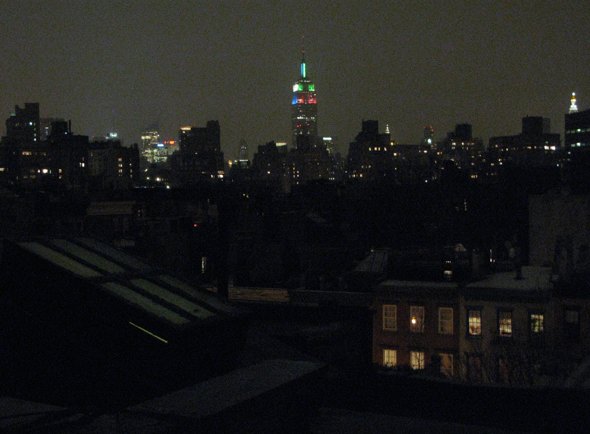 6 thoughts on “Christmas Eve, Live From New York City and the West Village”