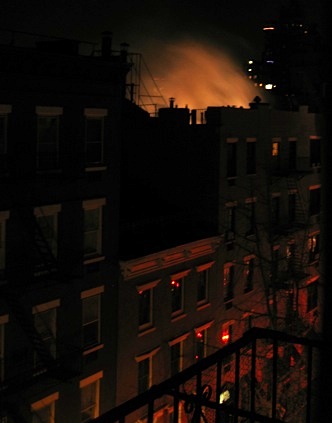 I’ve been having trouble sleeping for the past couple of nights, but last night I get to sleep and what happens? Someone rings my door buzzer at 3 or 4 in the morning and wakes me up. People always ring us on the top floor when they forget their keys.  I guess because we’re the farthest away and they can run up the stairs and into their apartments before we can reach them to strangle them. As much as I hate it I always get up and let people in and never yell at them.  I was young and stupid once, too.  (Now just older and stupid.) But I didn’t last night.

I’m going to hell for that.  (I was sleep deprived!)

Then, an hour later I hear someone screaming in the street. There’s a fire in the building on the corner. First, no one was hurt. No ambulances.  But I take a movie, not knowing if it’s going to come out, but it does, except I turned the camera on its side, which screws up the format so it’s not usable.

I learned this the last time there was a fire across the street, but I guess I was so tired I didn’t realize I was repeating the same mistake. 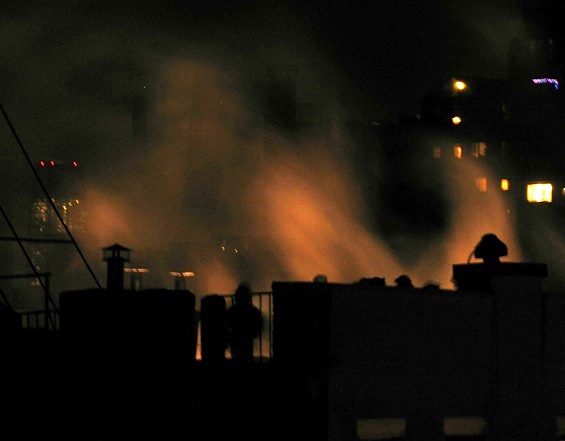 I’m Waiting for the Sun to go Down