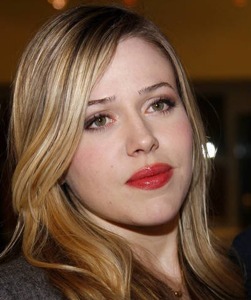 Damnit. I can find no legitimate excuse not to work today, so it’s back to work. Yeah. Hmmm.

After watching the Christmas episode of Roswell I was doing a “whatever happened to” and searching on the various actors and I saw that Majandra Delfino, who played Maria, has recorded a couple of albums.  I really loved the second one, but I’m trying to save money so I only downloaded three songs instead of the whole album.  If money is not an object, I recommend getting the whole thing.  Her singing and the songs are just hauntingly beautiful.  The three I chose: Ever Present, Who We’re Meant to Be and Daddy died.

I was on the street taking pictures of some jewelry I liked in a store window and the owner came out and asked me to stop.  I asked why, I was just got off guard.  And he said something about people stealing his original designs, and I explained that I was taking pictures to put on my blog to show how beautiful his jewelry was and how much I loved his work.  For a second I thought he was going to get nice, and as it happens, I wasn’t happy with how the pictures were coming out and I didn’t want to show the jewelry in a less than flattering light and I said so and he didn’t let me finish my sentence.  He just said, “Okay.  Fantastic.”  And he turned around and went back inside quickly and without another word, with an air of distaste, like I was something so unpleasant he couldn’t get away from me fast enough.  He was just so nasty and dismissive. I love his choice of gems though.  However I am not a saint and when I walked by yesterday and saw him in there all alone, with no customers, I felt it served him right.  (If by any chance this guy was just having a horrible day and is not normally this unpleasant, I apologize to the universe.)

Live From My Bedroom

3 thoughts on “The Holidays are Really and Truly Over”