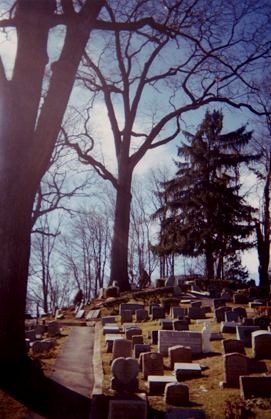 I took these pictures years ago at the Hartsdale Canine Cemetery. It says canine, but they bury all pets. They’ve been burying them since 1896.  I went to look up something in the Times about it and saw that they’ve been writing about the cemetery for over a hundred years.  A selection of headlines and the beginning of the first paragraphs (I would have to go to the library to get the full articles). The last two are the saddest.

“PLATE IN POODLE’S SKULL. Miss Sheehan’s Pet, Caught In a Door, Has Its Head Trepanned. There was much joy in the household of Miss Ida Sheehan at 214 Park Place, Brooklyn, yesterday when the news came from the hospital that “Baby Boy” was doing well and would probably recover from the delicate operation performed upon him.” May 13, 1907.

“Where Dog Friends Rest Under Marble Stones; More Pets Have Been Buried in the Westchester Cemetery Since War Began Than in All the Previous Eighteen Years.” August 19, 1917.

“ANIMALS OFTEN MENTIONED IN WILLS OF LOVING OWNERS; Despite Nine Lives, Woodrow, the Cat, Did Not Live to Claim $300 Bequest — French Court Decides Dog Can Have $18,000 Monument. WOODROW, as the docket shows, left no heirs of record, and so the $300 that his mistress bequeathed him was divided not long ago among her relatives. Woodrow was a cat.” May 11, 1924. 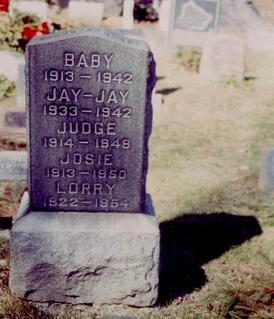 “FINDS EMPTY BOX IN HER DOG’S GRAVE; Woman Disappointed When She Seeks to Have Body of Pet Disinterred. An empty grave in the Hartsdale Canine Cemetery at Hartsdale, N.Y., was found by Mrs. M.E. Green, 110 West Fiftfy-fifth Street, yesterday afternoon when she went to the cemetery to disinter her pet Boston Bull to rebury him in a larger plot. News of the discovery quickly spread to other plot owners who regularly visit the graves of their pets.” August 31, 1924.

“Music Composed in Memory of a Pet Dog To Be Played on the Radio by Dr. Damrosch. Barney, a fox-terrier that died seven years ago, will enter the dog hall of fame this week with the playing of his “epitaph” over the radio.” February 7, 1939.

“Teddy, Pet of South Jamaica Neighborhood 18 Years, Gets Unusual Tribute. South Jamaica, Queens, buried a friend yesterday and 500 persons came to the funeral. They attended services for Teddy, a brown and white setter-collie, who had run and played in the neighborhood for eighteen years, since he was a pup. July 8, 1948. 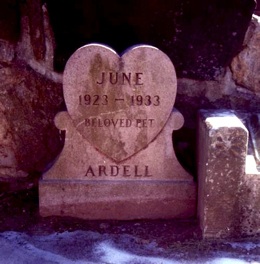 “Woman to Get Her Final Wish: To Be Buried Next to Her Dogs.  Brigite Riffaterre will, as she requested, be buried with her pet dogs.” September 30, 1976.

“Where Animals Rest in Peace.  The trip had not been easy. As is his custom each Sunday, regardless of the weather, he had traveled by subway from Brooklyn to Manhattan, by railroad train to the Hartsdale station and by taxi the rest of the way. He had taken his lunch with him, as usual, and, as usual, he had bought some fresh flowers on the way in. Now, as he sat there at the gravesite, he was content.” December 18, 1977.

“Man Seized in Wave of Killings and Robberies. A Staten Island man was charged today with murdering a 65-year-old homeowner in April …

Mr. Stevens’s prints were found on a Packard hood ornament that was used to bludgeon Daniel Ptacek, a 65-year-old groundskeeper at a pet cemetery in Hartsdale, whose body was found in the basement of his Hartsdale home on April 26.

Mr. Ptacek, a mildly retarded man, had remained in his parents’ house after their deaths and kept it virtually unchanged as a kind of memorial to them. He not only collected old-fashioned automobile ornaments, but also displayed a child’s menagerie of decorative objects like a plastic German shepherd and an Easter bunny. Neighbors on his secluded lane recalled that he often gave their children rides in his wheelbarrow, which he called his Cadillac.” June 21, 1996.

“Sirius, a Port Authority explosive-detector dog, was the only service dog to die in the World Trade Center attack, said a Port Authority officer, Pete Combariati of Yonkers. The yellow Labrador retriever was cremated at the cemetery …

Sirius’s remains were found beneath debris in the Port Authority basement kennel at the World Trade Center. The dog’s handler, Officer David Lim, had secured him there moments after the first plane hit, intending to help people evacuate. But his plan to return dissolved when he himself became trapped.” June 30, 2002.

Tomorrow is a Month

2 thoughts on “The Hartsdale Pet Cemetery”