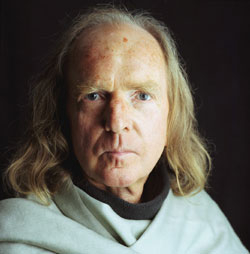 I was so excited to see new reviews for my book on Amazon and Barnes & Noble this morning. Thank you!!  I really appreciate it!!  You guys are the best!!

This picture is of Sir John Tavener, a British composer I love.  The Rubin Museum is premiering a new work of his on April 23rd and I’m trying to decide if I can afford it.  Information and tickets are available here. It’s stupid.  It’s a wonderful opportunity.  I should just go. Here’s what a critic said of his music.

“If you had to pick the soundtrack for heaven, the music of Sir John Tavener would probably feature prominently.” — Aidan Goldstraw, Express and Star.

He’s also known for a piece that was sung at Princess Diana’s funeral called Song for Athene.  And he did music for the movie Children of Men.

It’s $95 for priority seating and a discussion beforehand with the composer, or $40 for the concert only.  Damnit.  What to do, what to do??

I Watched and Holy S**T, I Feel Better

2 thoughts on “Thank you!! And the Soundtrack for Heaven”