Every year they close off 46th Street for Brazilian Independence Day and my band plays all day, and I mean all day. When I was younger and more determined my hands were bleeding by the end of the day. The festival keeps getting bigger and bigger. It used to be just one block of 46th, now it’s 46th Street for a bunch of blocks and 6th Avenue for I don’t know how many blocks. It’s HUGE. 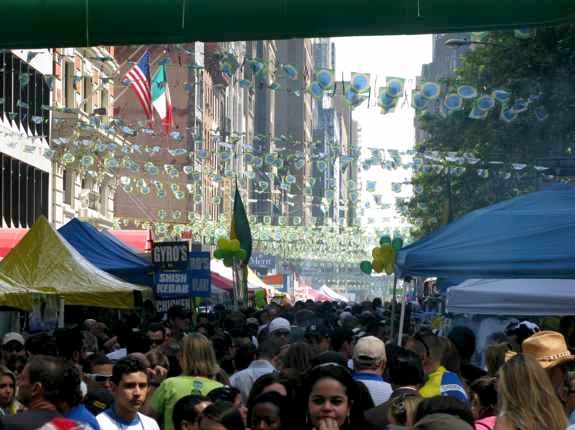 This is a big stage they erect now every year on 6th. We rarely play on the stage. We’re a street band. 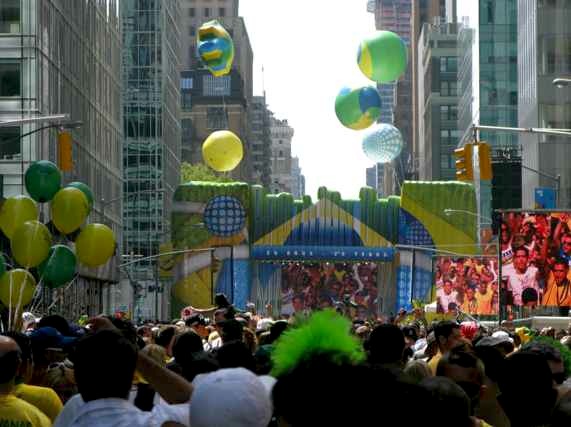 The police kept telling us to move. We’re very loud and invariably some store would complain. This is us telling the crowd which direction we’re going. Ivo (the band leader) finally just had us play while we paraded up and down 6th, which was very clever. The police couldn’t ask us to move because we were constantly moving. 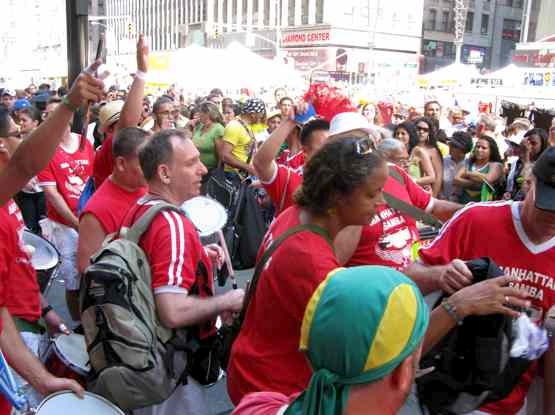 One of my band mates brought her baby and she put these huge headphones on him to protect him. Those girls are smart to wear gloves (to protect from bleeding hands). I kept meaning to wear golfing gloves, the ones with the fingers cut out but constructed to maintain a good grip, but I never got around to it. 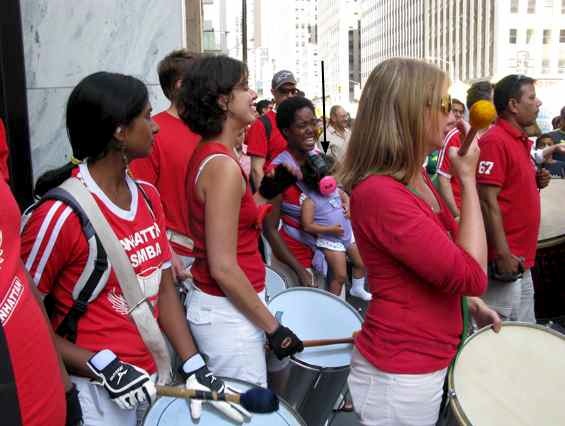 Playing With the Filters on my Camera