We had a big party last weekend to celebrate the 30th anniversary if ITP, where I went to grad school (and where I taught for a few years).

Red Burns is the chair, and I love Red Burns. We all do. This is not the greatest shot of her in the world. She’s addressing the crowd here. I owe Red Burns a lot. She supported me when few others did, and helped me when I was starting Echo (and when so many others said it would never succeed). And when I was a student she encouraged me to experiment and play, and I did, and my time at ITP were some of the best years of my life. 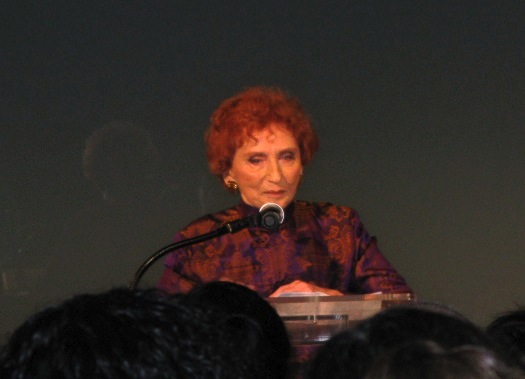 I will never forget my first semester. I was an older student, back in school after being ten years out, and I was so nervous and intimidated by my very smart fellow students. I was taking a class with Red and we had an assignment to write a paper based on any subject raised by one of the guest speakers.

To make a long story short, I didn’t write a paper. I wrote a play called “Corpse in Space.” It was about a start-up in the future where instead of burying people they’d jettison your body into space. It was actually my friend Chris Hegarty’s idea, which I fictionalized. The main characters were a saint, a praying mantis and a couch. The point is it was WEIRD. But I was trying to demonstrate in an entertaining way how hard it is to take an idea and make it happen. I was so terrified when I handed it in. Who knew how she would react? The world was different in 1986. Doing something like that would be nothing now, but I’m telling you it was a risky thing then. Not everyone would have accepted what I did. I think she hugged me the next time she saw me. I know she gave me an A.

I was working for the Mobil Corporation at the time, and I wasn’t happy. In fact, I had only gotten out of rehab a couple of months before I started grad school. So I was miserable. And feeling very insecure. The day she hugged me was my first happy day in a long time. Her not only accepting this weird story but giving me an A set me free. I started turning my life around. It led to Echo. It led to writing books. If Red Burns wasn’t the person she is, ITP would be a completely different place and I don’t know if any of these things would have happened. I really really owe her.

I found these shots on Flickr, but I can’t find where I put the photographer’s names. I’m sorry! Forgive me!! They asked us to make short films about Red and send them in and Marianne Petit edited them all into a tribute movie to Red. This is me up on the screen talking about Red. 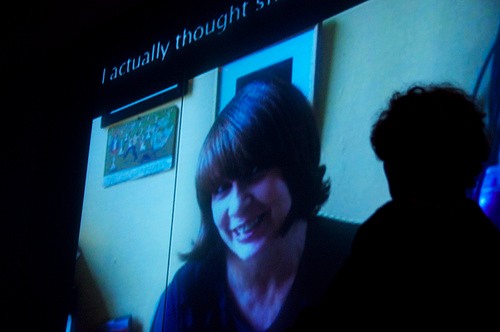 And this is me and my friend Steven Levy talking to Craig Kanarick. Actually I was talking to someone else. Allison DeFren, I think. I loved seeing everyone, it made me so happy (with a few bittersweet moments). 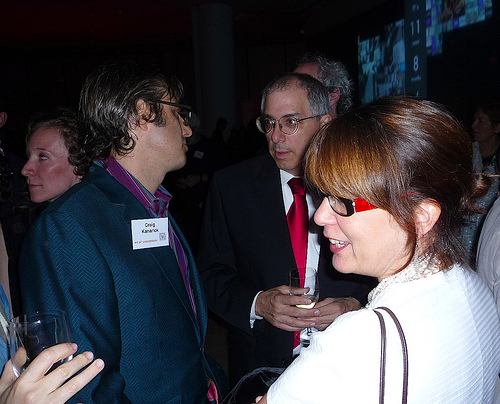